Former child actor Gattlin Griffith was literally shaking in his boots as he played a hostage victim opposite Josh Brolin's escaped convict character in new movie Labor Day, because he was so nervous about working with the Oscar nominee.

Director Jason Reitman decided against introducing the two actors to one another before the shoot, so when it was time to film their first scene together, the 15-year-old Changeling star was a trembling wreck.

Co-star Kate Winslet, who portrays Griffith's divorced mother, admits the teen's natural nerves gave the scenes a feeling of authenticity, and she even encouraged the youngster to not to relax so that his fears would play out onscreen, as Reitman intended.

She tells TheWrap.com, "Jason is not a fan of rehearsal, and I would say that his decision not to rehearse really lent itself particularly well to the atmosphere that he was wanting to create. Because there's a newness and a rawness to any child actor. Gattlin is a very sweet, untouched kid, and Jason's decision not to rehearse us kept Gattlin always on that edge of feeling just a little bit nervous, not quite knowing what's going to happen next. "The first time Josh and Gattlin met was when we filmed the first scene in Price Mart (discount store), and Gattlin was actually shaking in his shoes.

He was all right with me by then, I'd been with him for a couple of weeks, and I'd managed to relax him a bit.

We were friends, and I was just Kate.

"But suddenly there was Josh, sweating and bleeding and looking a bit scary. And after a few takes he was shaking. I sidled up to him... and said, 'Are you OK?' He's like, 'Yeah, geez, he's really kind of scary. I'm finding it so hard to relax.' And I said, 'Well, don't, then. Keep being nervous, this is perfect.' And I could see a light bulb go off in little Gatlin's face. He got it, you know. That was Jason, he very much planned that it would be like that for young Gattlin". 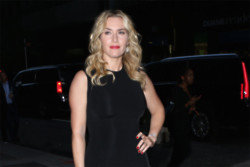 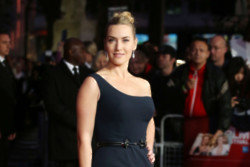