Joseph Gordon Levitt has described his character in Sin City 2 as a 'badass'.

The actor is set to take on the role of gambler called Johnny in the long awaited sequel to the 2005 film.

The movie will sees him team up with Robert Rodriguez back in the director's chair alongside graphic novel writer Frank Miller.

Speaking to MTV the actor said: "It's going to be fun. I'm playing a quintessential Rodriguez badass.

"I've made a lot of short films with [production company] hitRECOrd on green screen, and in my opinion, Sin City is probably the best movie that's been made with that methodology.

"So I'm very eager to see how [Rodriguez] does it."

Bruce Willis is one of the names from the first movie set to reprise his role while Josh Brolin and Jeremy Piven are believed to be some of the new names on the cast list.

As for Levitt he is back on the big screen this week in Lincoln while his directorial debut Don Jon's Addiction is currently playing at the Sundance Film Festival.

Filming on the movie is set to get underway later this year. 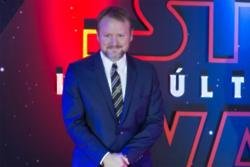 Rian Johnson wouldn't change anything about The Last Jedi