Jim Carrey and Jeff Daniels have officially signed on to star in 'Dumb and Dumber To', which will begin filming this summer.

Jim Carrey and Jeff Daniels are set to film 'Dumb and Dumber To' this summer.

The comedians will officially reprise their roles as hapless heroes Lloyd Christmas and Harry Dunne in a sequel to their 1994 buddy comedy, according to Deadline.

Movie studios Universal and Red Granite have stepped in to produce, finance and distribute the movie after Warner Bros. and New Line Cinema - who produced the original film - decided not to move forward with the flick.

Both Carrey and Daniels have signed on to play their roles once again, while 'Dumb and Dumber' directors Peter and Bobby Farrelly have also been confirmed to direct the follow-up.

The sibling duo wrote on Twitter: "It's official: Dumber and Dumber To is going to production with @RedGranitePics and @UniversalPics!!! (sic)"

The sequel film is expected to centre on a road trip, much like the original, and will likely film this summer for release next year to mark the 20th anniversary of the first film.

'Dumb and Dumber' was a huge hit with audiences, grossing more than $240 million worldwide, and helped make stars of its leading actors.

New Line Cinema produced a low-budget prequel film in 2003, 'Dumb and Dumberer: When Harry Met Lloyd', which featured different actors in the roles of Lloyd and Harry and failed to match the success of the first film. 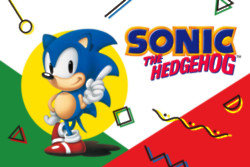 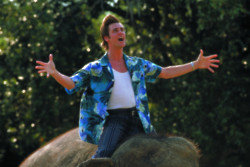 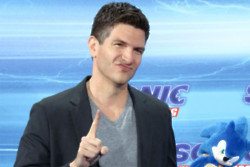