Idris Elba had fun directing his first movie, 'Yardie', but it was more difficult than he expected.

Idris Elba didn't realise how "difficult" directing would be. The 45-year-old actor has stepped behind the camera to work on 'Yardie', and though he had a lot of "fun" making a film for the first time, it wasn't easy.

He said: "I consider myself fortunate to have had the opportunity to direct this material, with which I can identify quite a bit.

"The story takes place in London and Jamaica, and it's based on the novel [Victor Headley's 'Yardie'], which was popular urban fiction in the 1980s and 1990s.

"It's been a lot of fun but the hardest thing I've done.

"I never realised how difficult it was going to be, but I loved it and getting to spend time in Jamaica was phenomenal."

Idris can currently be seen on camera in 'Molly's Game' and he was "blown away" when 'The West Wing' screenwriter Aaron Sorkin asked him to be a part of his directorial debut.

He told Psychologies magazine: "'Molly's Game' is his directorial debut and he's obviously learned a lot from working with so many great directors.

"He's a true genius and one of the greatest screenwriters in history.

Idris plays criminal defence lawyer Charlie Jaffey in the movie and only broke from using his character's American accent when his 16-year-old daughter Isan visited him on set.

He said: "I had so much dialogue and only a short period of time in which to do it.

"I couldn't afford to let myself slip back into my usual voice.

"I needed to concentrate on the accent so I would speak to everyone in Charlie's voice.

"It was only when my daughter, Issy, came on set to visit me that I would go back to speaking the way I normally do." 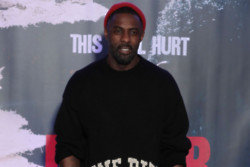 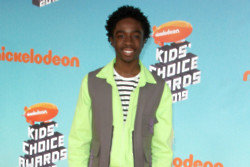