Another 'Halloween' movie is reportedly already in the works, over a week before the upcoming reboot hits cinema screens.

Another 'Halloween' movie is reportedly already in the works. 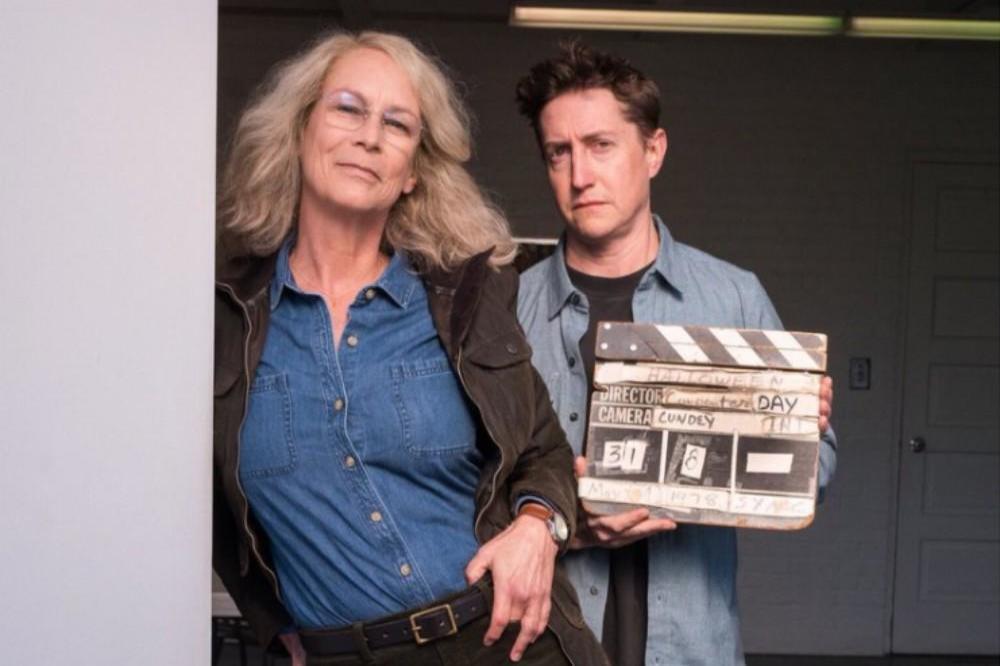 Jamie Lee Curtis on the 'Halloween' set via Instagram (c)

The reboot of the popular horror franchise - which takes place 40 years after the first movie, and sees Jamie Lee Curtis reprise her role as Laurie Strode - isn't due to hit cinema screens until October 19, but it has been claimed that another instalment is already in the pipeline.

According to horror news outlet Bloody Disgusting, sources say work has already begun on the next 'Halloween' film, with an unnamed writer on board working on a script.

The publication also claims that Danny McBride and David Gordon Green - who wrote and directed the upcoming reboot respectively - won't be involved with the next instalment, which comes after they previously discussed shooting back-to-back films and even poked fun at the idea of shooting a trilogy.

Previously, Jason Blum from production company Blumhouse had he was "100 percent" on board with the idea of continuing the 'Halloween' franchise, and Michael Myer's reign of terror.

He said: "Yeah, for sure, for sure, 100 percent. Let me tell you, if we got six movies out of ['Paranormal Activity'] - they found new footage five times in a row! - I feel like we can figure out the next chapter. But we'll see."

As of the time of writing, it's unknown whether Jamie Lee Curtis would return as Laurie Strode yet again in any further 'Halloween' movies.

Recently, the 59-year-old star praised the upcoming feature for relating to the #MeToo movement, as she believes the introduction of her character's daughter Karen Strode (Judy Greer) and granddaughter Allyson Strode (Andi Matichak) partly represents women taking back control of their lives, because she didn't ever imagine her alter-ego having kids.

She said: "Ultimately, as we are learning in so many areas, women are trying to take back the narrative in their own lives from men who have abused them, in myriad ways. And this is just one example of it.

"I don't know if 40 years ago I would have ever thought that Laurie Strode would have a daughter, let alone a granddaughter.

"I just don't think I ever took it that far. Trauma is a generational disease because it affects everybody in the family.

"So, that's what I think is so exciting about [this film]. They've explored that through the relationships between mother, daughter, granddaughter."