'Trust Me' Was Supposed to Be a Comedy

Clark Gregg - who wrote, directed and stars in 'Trust Me' - admitted the movie was originally supposed to be a comedy. 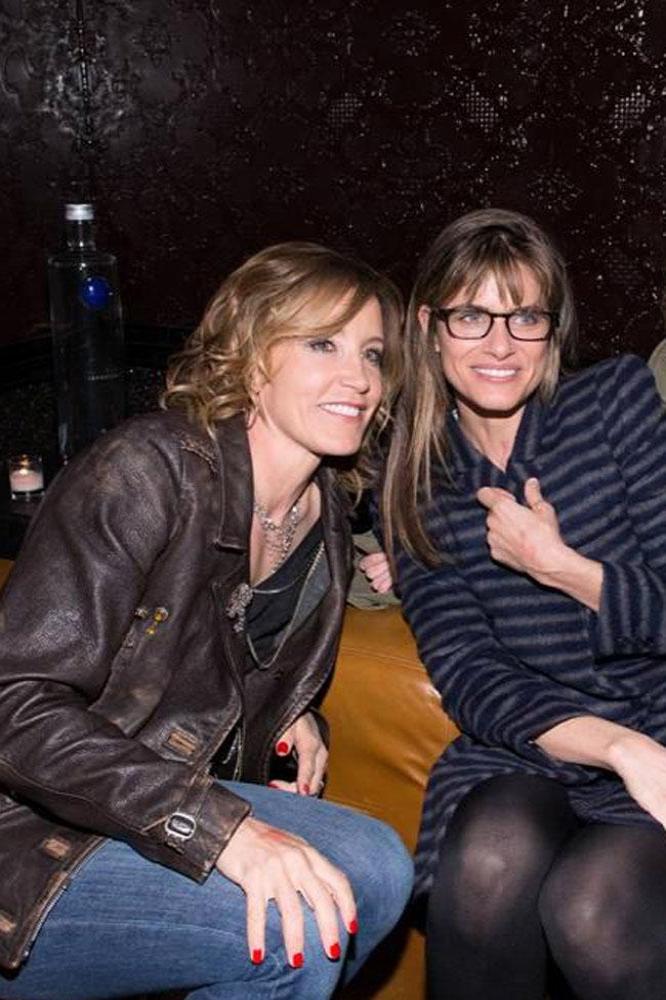 Felicity Huffman, Amanda Peet and Sarah Paulson at the CIROC sponsored afterparty for Trust Me

'Trust Me' was originally intended to be a goofy comedy about Hollywood.

Clark Gregg - who wrote, directed and stars in the movie - admitted he meant to pen a humourous tale and only realised when he had finished his first draft that the film, about a low-rent former child star who now represents other young actors, had a much darker tone.

He told the Huffington Post: "I thought I was writing a goofy comedy about the business ...

"I mean, I don't feel like it changes at the end. I feel like there's a gradually evolving darker component. But, yeah, it came blazing out of me, and I saw when I read it back, 'Oh, this is different.' This is representative of my ambivalent feelings that I have about Hollywood and about kind of the distorted concept of stardom. Especially in this celebrity-obsessed moment."

Clark celebrated the world premiere of the film at the CIROC vodka sponsored 2013 Tribeca Film Festival in New York over the weekend, along with co-stars Felicity Huffman, Amanda Peet and Sarah Paulson.

Speaking about CIROC's involvement with the festival recently, the brand's Sean 'Diddy' Combs, said: "CIROC Vodka and I are very excited to support the Tribeca Film Festival in its mission to celebrate film by connecting fans and filmmakers through their shared passion for storytelling.

"Celebration is at the heart of our brand and we appreciate the opportunity to showcase this passion through partnerships like TFF."