Eddie Murphy has confirmed that he will be returning to his role as wise-cracking detective Axel Foley in a fourth 'Beverly Hills Cop' movie.

The 58-year-old actor's portrayal of Detroit detective Axel Foley in the original 1984 movie was one of the roles that cemented is status as one of Hollywood's leading men and he has confirmed that he is reviving the character after over two decades.

In an interview with Collider, Eddie said: "Yeah that's what we're doing after 'Coming to America 2'. We're doing 'Beverly Hills Cop' and then the plan is to get back on stage and do more stand-up."

As well as bringing back wise-cracking Axel, Eddie is also returning to one of his most beloved big screen alter egos Crown Prince Akeem in a follow-up to his 1988 comedy 'Coming to America 2', which will also see Arsenio Hall, James Earl Jones and Shari Headley all reprise their roles from the original.

He said: "I'm not going to be making two or three movies a year like I did back in the early days."

Eddie is also returning to host this year's Christmas episode of 'Saturday Night Live', it will be the first time he has appeared on the show since 1984. He is also reportedly in talks with 'Netflix' to produce a series of stand-up specials. 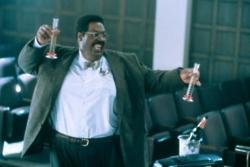 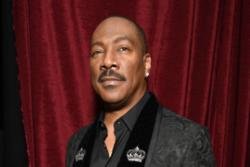