Dustin Hoffman thought he voiced a raccoon rather than a panda in 'Kung Fu Panda 3'.

Hoffman reprises his role as Master Shifu in the upcoming computer animated comedy movie, but the 78-year-old star didn't even realise that his character was a bear like the titular character.

When asked by 'Today' show's Matt Lauer what type of animal his wise alter-ego is, he replied: "I'm not even sure ... what is ... is it a raccoon?"

Fortunately, help was at hand for Hoffman and an aide informed him that Shifu, who he has voiced for three movies, is a red panda.

After getting some assistance, he then unconvincingly confirmed: "I'm a read panda."

While Hoffman made sure he signed up 'Kung Fu Panda 3' - which stars Jack Black as main character Po, as well as Angelina Jolie as tiger Tigress and Jackie Chan as Monkey - there are many movies he has turned down throughout his glittering career.

The star believes he had a "problem with success" after rejecting the chance to appear in several huge motion pictures, including 'Schindler's List' and 1977 sci-fi movie 'Close Encounters of the Third Kind'.

He said: "I read it and when I finished it, I said, 'That's the best script I've ever read, and I'm not going to do it.'

"I turned down many more brilliant things and more great directors than any actor I know.

Despite rejecting huge movie offers, Hoffman has won two Academy Awards during his career for Best Actor in 1979's 'Kramer vs. Kramer' and 1988 flick 'Rain Man'. 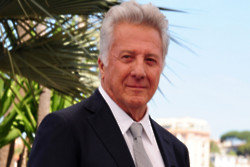 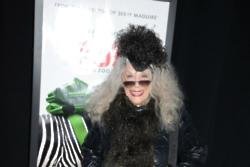 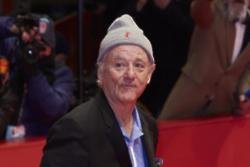