Dominic West thinks a transgender James Bond would be "cool" and suggested soldier Hannah Graf for the role.

Dominic West thinks it would be "cool" to have a transgender James Bond. The 'Colette' actor initially admitted he "doesn't see" the idea of a female in the role of the iconic spy, but then suggested Hannah Graf - the highest-ranked transgender soldier in the British army - would be ideal for the role.

Asked about the idea of a female Bond, he said: "Well ...I think some of these things are gender specific. So I don't see it myself.

"Maybe a transgender Bond would be cool. Yes, there's a very cool woman who's the wife of an actor [Jake Graf] in 'Colette', who is a captain in the electrical engineers, the highest-ranking transgender soldier in the army.

"hey should have a transgender Bond because there are a lot of transgender people in the army.

"They'd be ideal because they can do everything. That's a great idea! A transgender Bond."

The 49-year-old actor also admitted he's jump at the chance to take over as 007 from Daniel Craig.

He told the Sunday Times magazine: "[I'd give it to] me. I think we need an older Bond.

A few years ago, Dominic was so convinced his 'The Wire' co-star Idris Elba would land the coveted role, he tried to bet "as much as [he] could" on his friend being cast, but was blocked by bookmakers.

He said: "I thought, this is easy money, Idris is definitely going to get it.

"I had no inside information, but I was convinced, so I thought I might as well cash in. I was going to put a lot of money on it. As much as I could."

However, after sending his nephew to place the wager, he learned there'd been a cap placed on how much could be bet on the 'Luther' star, and that the odds "were pretty rubbish", so decided against it. 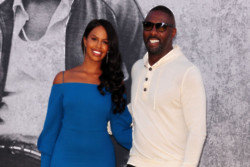 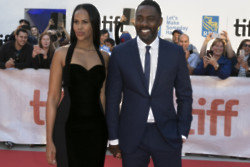