Dennis Quaid and Meg Ryan's actor son is teaming up with Irish rocker Bono's daughter to make an independent movie.

The Hunger Games star Jack Quaid and actress Eve Hewson are asking fans to help them fund new film Roadies by making donations via their page on the crowdsourcing website Indiegogo.com.

The filmmakers behind the project have set a goal of $7,000 to cover costs on the upcoming road-trip shoot across Los Angeles, Arizona, Texas, and New Mexico.

The cast and crew have agreed to work for free, and Quaid and Hewson are offering prizes such as personal tweets, autographed photos, DVDs and thank-you cards as rewards for those who donate.

A message on the Indiegogo page for Roadies states, "We are the new generation of filmmakers. We are young. We are passionate. And we are ready to make a difference in the world of cinema". 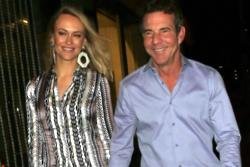 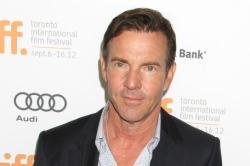