Dan Aykroyd says there will be another Ghostbusters movie in the next two years.

A third Ghostbusters film is something that has been in the pipeline for some time; the initial idea suggested that Aykroyd, Harold Ramis, and Bill Murray could return to hand over to a new generation.

However, over the last week or so there has been a lot of talk about a female Ghostbusters film

While Aykroyd didn't address those rumours, he did assure fans that another film in the popular franchise was on the horizon. He also hinted at the possibility that the film could be shot in the UK.

Speaking to London Go, the actor said: "I think the attitude now is right, it's just taken a while to get here. We're 100% assured that there will be another movie within the next two years."

"I think that that's a big part of what we would think about in the future, that it's an international thing. It would be rich to do something here in the UK because there're so many possibilities.

"There are so many great locations here and... in fact true spirits here that are living right now amongst us."

Ghostbusters hit the big screen for the first time back in 1984, with a sequel following five years later.

Ivan Reitman was in the director's chair for both films, while Aykroyd and Ramis penned both screenplays. 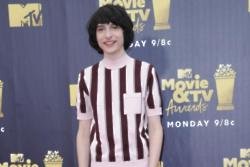