Ghostbusters 3 to Begin Filming Next Year?

Producer Dan Aykroyd has revealed filming for 'Ghostbusters 3' could begin as early as next year thanks to screenwriter Etan Cohen's new script.

Dan Aykroyd has revealed 'Ghostbusters 3' could begin filming next year.

The actor and producer - who penned the scripts for the first two films in 1984 and 89 - is working on a third instalment to the supernatural comedy franchise with director Ivan Reitman and is extremely "excited" at the progress made with the help of screenwriter Etan Cohen's new script.

Aykroyd told ABC news: "I know that we're expecting half of the screenplay to be completed very soon. It should be into production by the fall and be shooting by the New Year.

"I won't say anything, it's very exciting. The Higgs boson and the particle theories, gluons and mesons, that really gives us a scientific base in terms of our fictional storytelling, to open up to another dimension and have something horrible come through."

He is hopeful original star Bill Murray will reprise his role as the sarcastic Peter Venkman after originally writing the part for him.

Aykroyd added: "I've been more encouraged than I ever have been. It sounds real now. We've got a sharp new writer on it, Ivan is on it, Harold [Ramis] is on it, I'm on it.

"And if I can put the catch-net on Billy and bring him in, it will be wonderful, if he decides to do it. There will always be a hole for him."

He added: "I don't think he read it, because, you know what? If he'd read the second draft that I completely rewrote, he would be doing the movie. If he'd read that draft. The part I wrote for him." 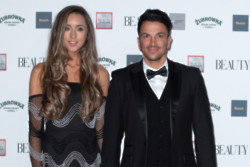