S.J. Clarkson is in talks to direct 'Star Trek 4', which is expected to see James T. Kirk come across his father George Kirk.

S.J. Clarkson is in talks to become the first female 'Star Trek' director. The 'Toast' filmmaker is being tapped to helm the fourth film in the franchise, with J.J. Abrams and Lindsey Weber set to produce through Bad Robot Productions, and David Ellison and Dana Goldberg executive producing.

Plot details for the hotly-anticipated movie remain vague, but sources have told Variety that a story could involve Chris Pine's James T. Kirk character coming across his father George Kirk, who was played by Chris Hemsworth in 2016's third movie 'Star Trek Beyond'.

J.D. Payne and Patrick McKay are said to have written the screenplay for a fourth film, and Zachary Quinto is expected to return.

Earlier this month, Simon Pegg - who has played Montgomery 'Scotty' Scott in the three most recent instalments of the popular sci-fi franchise - appeared to confirm the current 'Star Trek' cast will come together for a fourth movie.

Admitting another film would be "difficult" following the death of Anton Yelchin - who played Pavel Checkov and passed away in 2016 aged 27 after he was crushed by his Jeep - he said: "I know we're doing more.

"I'd love to - I love those guys. It's, of course, difficult because we lost Anton and moving forward without him still feels unimaginable."

In March, Karl Urban - who plays Doctor McCoy - insisted he was "confident" a new movie would start shooting soon.

He said: "It's really a question for Paramount. But, that being said, I have such a blast working on those 'Star Trek' movies. You know, that cast, we're like family at this point. I'm pretty confident within, hopefully the next year, that we'll be back on the set." 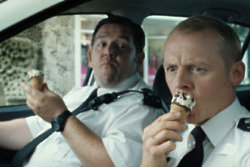