Captain Sir Tom Moore has signed a seven-figure film deal to bring his life story to the big screen and he wants Sir Michael Caine to play him.

A biopic about the life of Captain Sir Tom Moore is being made. 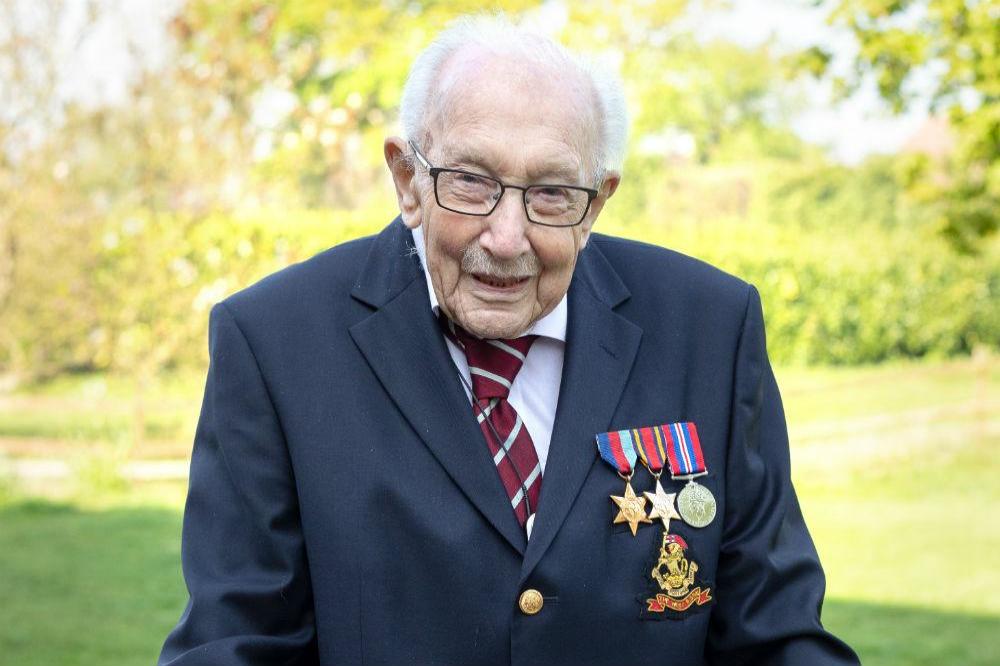 The 100-year-old former British army officer captured hearts across the UK and the wider globe by raising almost £33 million for the NHS by walking laps of his garden during the COVID-19 lockdown and has now penned a seven-figure deal that will see his remarkable life story bought to the big screen.

Talks are underway with a host of big names to play the role of Captain Tom, who says he would like to see Sir Michael Caine or Anthony Hopkins land the part.

Speaking to The Sun newspaper, Tom said: "I don't know of any 100-year-old actors but I'm sure Michael Caine or Anthony Hopkins could do a wonderful job if they were prepared to age up."

British filmmaker Nick Moorcroft won a worldwide bidding war to land the right to the project, which will be produced by Fred Films and Powder Keg Pictures. Moorcroft has promised Captain Tom that he will definitely have a cameo in the movie.

The 41-year-old screenwriter said: "Captain Tom Moore will absolutely have a cameo - he gets his trailer, he gets his make-up artist and he gets to walk on set."

Nick - whose film credits include 'Finding Your Feet' and 'Fisherman's Friends' - is currently writing the film with the help of Captain Tom and his daughter Hannah.

He explained: "We are working side by side with them, spending a lot of time getting to know each other.

"This isn't a group of producers who've come in and just managed to obtain some rights. This is about telling his story as authentic as it can be and making sure we protect his voice and message because it's a strong and important one.

The movie has been fast-tracked into production and it is hoped that Captain Tom - who served in India, the Burma campaign and Sumatra during the Second World War, and later became an instructor in armoured warfare - will be able to attend a world premiere next Christmas.

Moorcroft said: "I don't think anything is going to stop Tom.