Billy Crudup says the filming schedule for 'The Flash' is "unclear" as lead actor Ezra Miller is a "busy man".

Billy Crudup says the filming schedule for 'The Flash' is "unclear". 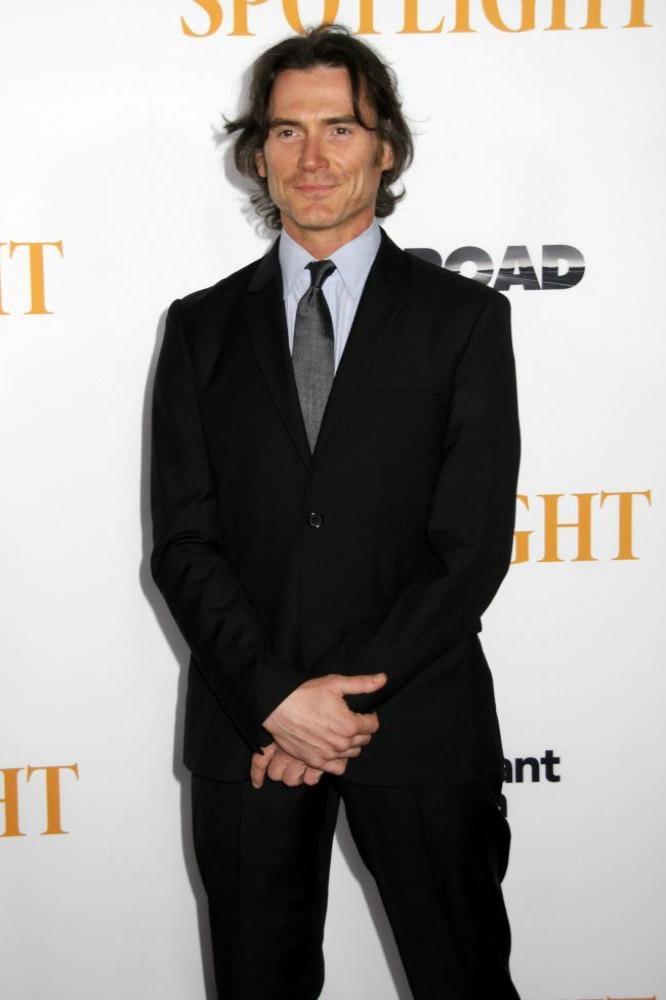 The 48-year-old actor is set to star as Henry Allen - the on-screen father of Barry and his titular alter-ego - in the DC Extended Universe movie, but has said the hectic schedule of lead actor Ezra Miller has been delaying the production.

Speaking to badtaste.it whilst promoting his new movie 'Alien: Covenant', Billy said when asked if he knew when 'The Flash' would start filming: "I don't. It's unclear at the moment. I think, Ezra's schedule ... Ezra's a busy man, he's very popular and excellent."

And it isn't just the busy schedule of 24-year-old Ezra that have had a hand in delaying the movie, as the production suffered another set back late last year when the movie's director Rick Famuyiwa - who had been brought in to replace Seth Grahame-Smith - quit due to creative differences between himself and Warner Bros. studios.

At the time, Ezra insisted he wasn't concerned about Rick's decision to leave the project, as these things happen when working on large scale movies.

He said: "These processes are complicated, and I think it can - from afar - appear to be, as you say, something interpersonal or dramatic. That is rarely the case. These are groups of people taking the development of projects extremely seriously, and the teams are changing all the time. There's often a lot of flux in who the team of the production of a film is before that production starts, and in this case, you hear about it, because it's a critical figure - the directors that have been coming on and leaving.

"For me, it's sort of a tragic relay race, and we've had a couple really incredible people carry this baton, and their marks are left on that baton, and the work that they've given to the project will certainly be represented in whatever the final product comes to be."

Meanwhile, Ezra has already appeared as The Flash in two cameo appearances in 'Batman vs Superman: Dawn of Justice' and 'Suicide Squad', and will have his first major appearance as the lightning quick superhero in the upcoming 'Justice League' film.