Andrew Garfield has explained why he and Ryan Reynolds locked lips at this year’s Golden Globes, with the pair sharing a smooch when Canadian actor Ryan Gosling took to the stage to pick up the gong for Best Actor in a Musical or Comedy.

Appearing on The Graham Norton Show this weekend, the actor explained: “I said to Ryan Reynolds ‘if you win, kiss me instead of your wife’. He said, ‘Yeah, that’s great.’ And the plan was that he would kind of move towards his wife, and then kind of last minute lean in to it.

“And then he didn’t win, much to our disappointment, so I said to Ryan, ‘We can still just do it if we want’. And he was game.”

We see you, Ryan Reynolds and Andrew Garfield. #GoldenGlobes pic.twitter.com/lNP0M3JJPq

Reynolds was also nominated in the category for his portrayal of superhero Deadpool in the Marvel movie of the same name and was attending the Globes ceremony with wife, Blake Lively.

Meanwhile, Garfield is now gearing up to fight it out in the Best Actor category at this year’s Oscars, with the star picking up a nomination due to his leading role in Hacksaw Ridge.

He previously told the LA Times upon receiving the nod: “If there was any doubt in my mind – and there’s always a lot – the Academy members, whose opinion I value, seem to think I’m on the right track.” 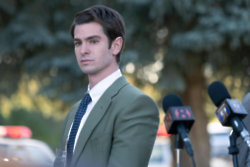 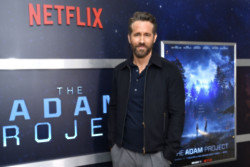 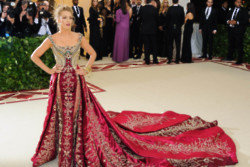