Andie MacDowell had to watch a "bunch" of "older movies" to prepare for 'Love After Love', because director Russell Harbaugh wanted the movie to be "natural".

Andie MacDowell had to watch a "bunch" of "older movies" to prepare for 'Love After Love'. 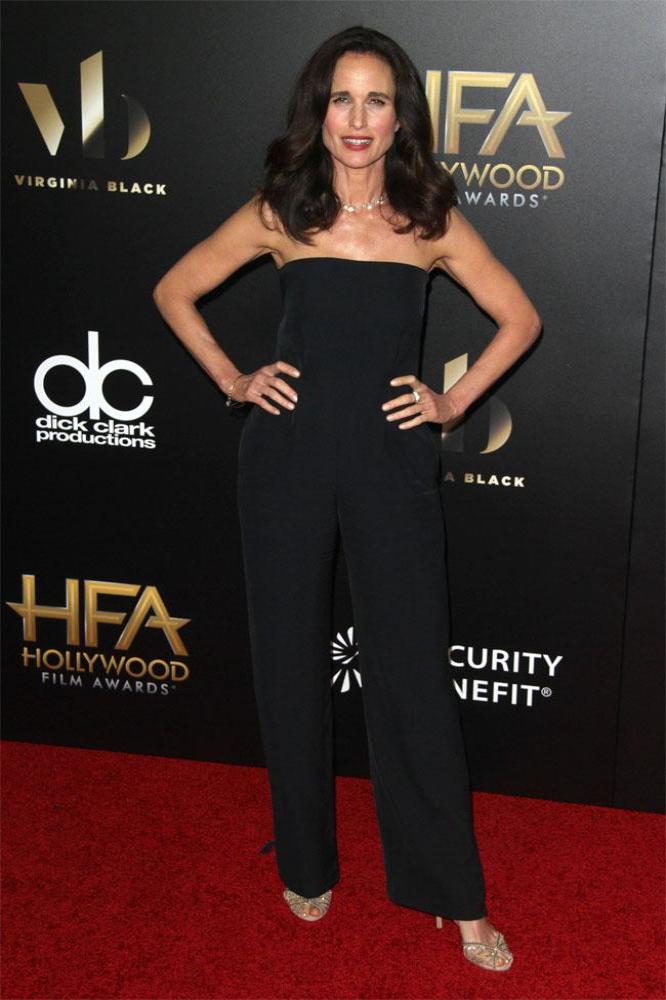 The 59-year-old actress - whose full name is Rosalie Anderson MacDowell - portrays Suzanne in the drama film, which was directed by Russell Harbaugh, and the star has admitted the American filmmaker encourage a lot of "improv" when filming, but also wanted the cast to watch an array of classic films because he wanted the movie to be "natural".

Speaking about the production to The Hollywood Reporter, the brunette beauty said: "It was very loose. [Harbaugh] encouraged a lot of improv. It wasn't necessarily something he was going to use, but he just wanted us to have a real life on set so that everything felt natural. He had us watch a bunch of films, [John] Cassavetes, older movies.

"He had a very artistic form about the preparation, encouraging us all to dive into a feeling of a particular type of film."

And the 'Groundhog Day' star - who has daughters Margaret, 22, and Rainey, 27, as well as 30-year-old son Justin - felt she knew exactly what Russell wanted to achieve after she watched "so many" films.

She continued: "I watched so many movies in preparation for this that I already had a sense of what he was looking for and when they'd be setting up the scenes, it was different than any experience I had, the process, it was really slow."

But MacDowell has admitted she struggled to "shift" from working on television back to film.

She said: "At first, it was a hard shift for me because I'd been doing television and there's no time and preparation."

The South Carolina-born star was stunned to be cast in the project because she claims it's "unusual" for a woman of her age to star in a film like 'Love After Love'.

She said: "It's unusual for a mature woman to be offered something like this. There just aren't that many roles out there that are written for women that are complex and this interesting."