French First Lady Carla Bruni was so desperate to work with Woody Allen, she accepted an offer to star in one of his films without knowing anything about the role.

Allen made no secret of wanting to cast the wife of French President Nicolas Sarkozy when he visited Paris back in June (09), and in September (09) Bruni confirmed she had accepted Allen's offer.

Bruni admits she leaped at the chance to be the Annie Hall filmmaker's new muse, even though she still doesn't know what the job will entail.

She says, "He suggested I appear in his next film. I don't know what the role is but I said yes. I go into everything blindly or I'd never do anything at all. I'm not an actress at all. Perhaps I'll be completely hopeless but I can't miss an opportunity like this one. When I'm a grandmother I'd like to be able to say I made a film with Woody Allen."

Bruni, a model and singer, had a small role in 1994 movie Pret-A-Porter. 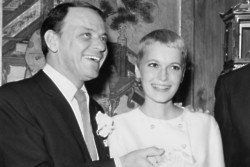 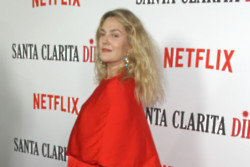