The Devil Inside has become the first #1 movie in the US of 2012 as it toppled Mission: Impossible: Ghost Protocol from the top of the box office.

The William Brent Bell directed horror movie took $34.5 million in it's opening weekend to comfortably hold off the challenge from Mission: Impossible.

Tom Cruise reprises the role of Ethan Hunt in the movie but it slipped to number two this week - taking a further $20.5 million.

Sherlock Holmes: A Game of Shadows was also down one at number three while The Girl With The Dragon Tattoo was on the up as it jumped a single place to four.

Alvin and the Chipmunks: Chipwrecked & War Horse both fell two places to five and six while We Bought A Zoo & Tintin fell one to seven & eight.

The second and final new entry inside the top ten this week was Tinker, Tailor, Soldier, Spy as it opened in the U.S. at number nine. 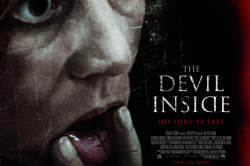 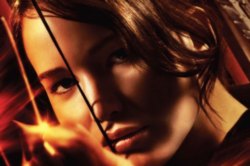