Quentin Tarantino to Be Honored in Italy

Moviemaker Quentin Tarantino is to be honored with a lifetime achievement award by bosses of the International Rome Film Festival ahead of the European premiere of Django Unchained in Italy next month (04Jan13).

Composer Ennio Morricone, who worked with the director on the acclaimed western, will present Tarantino with his latest accolade.

Nero has a small role in Tarantino's film. 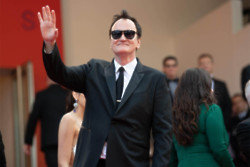 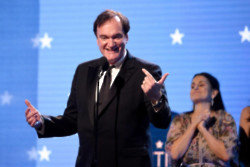 Quentin Tarantino's favourite Once Upon a Time ... In Hollywood scene was cut