The actor has a role in Sir Ridley Scott's forthcoming movie and though it is a prequel to the classic 1979 sci-fi film, he opted instead to watch 'Blade Runner' as part of his research because of the similarities in his part.

He said: "I didn't revisit 'Alien' before we did this. Sometimes I would do that, but in this case I didn't.

"I watched 'Blade Runner' though, I took a look at Sean Young and Rutger Hauer. I live Rutger Hauer in that.

"With 'Prometheus', it stands alone to 'Alien', the way they put it and a good description is there's DNA strands that link the two. But it's a whole new world. I play a guy called David who's an android, so that's why I watched 'Blade Runner', there's something in those androids."

The 'Shame' actor also admitted he used to use music to help him prepare for a role but now he is more "relaxed" in his technique.

He added to Esquire magazine: "I used to use music a lot. In fact, that was my main key at drama school, but I don't really do it any more.

"Now I think I'm a little bit more relaxed in my technique. Now I just try to focus and relax." 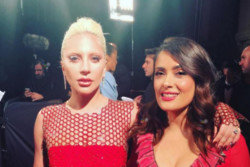