Luke Wilson wants to make a movie with his brothers.The actor, director and writer - who has previously teamed up with his siblings on several movies, most notably 'The Wendel Baker Story' in 2007 and 'The Bottle Rocket' in 1996 - says his only current ambition is to team up with Owen and Andrew on a new film project.He said: "I don't really have a game plan for my career, besides trying to write things for myself, and work on movies with my brothers, Owen and Andrew."We're just kind of working on different things together, but that's really my only goal, is to work on stuff like that. I'd definitely love to direct again with my brother, Andrew."The 'Vacancy' star also admitted that, unlike some actors, he is happy not to limit himself to working in just one genre.He added: "As a movie-goer, I like everything from action to sports movies to romantic comedies, so I like to make all those kinds of movies."I look up to people like Sean Penn, where it's just heavy drama. But for me, I'm a hired hand. I do what they pay me to do." 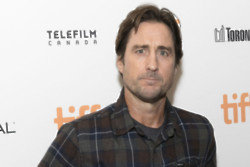