Liv Tyler Is Maid Of Honor In New Film

Liv Tyler is walking down the aisle again

Liv Tyler is walking down the aisle again, as the maid of honor in a new romantic comedy - nearly one year after splitting from her rocker husband Royston Langdon.

The actress will star in writer/director Galt Niederhoffer's independent film The Romantics - about seven close friends who reunite to watch two of their pals get married.

She will star as the maid of honor, Laura, who has a longtime rivalry with the bride-to-be over the groom.

Tyler and British musician Langdon split in May 2008 after five years of marriage. They share four-year-old son, Milo.

Production on the film is scheduled to begin this summer (09). 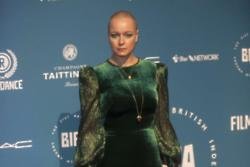