Heather Morris is appealing to the makers of the new Buffy The Vampire Slayer movie to let her appear in the film even if she doesn't land the title role - because she is a massive fan of the show.

The popular TV series starring Sarah Michelle Gellar as the cheerleader-turned-vampire hunter, which started as a 1992 film starring Kristy Swanson, is being re-booted for a big screen outing and casting bosses are looking a new actress to tackle the lead.

Morris was recently rumoured to be in the running for the part of Buffy Summers, although movie chiefs denied any decisions had been made, and she's now spoken of her excitement at being considered.

The actress is even hoping if she doesn't land the lead, casting bosses will still give her the opportunity to join in anyway.

She tells Access Hollywood, "They're considering me! I found out and I almost peed my pants 'cause I was so excited!

"If they make Buffy when Glee is on hiatus, I don't even care what I do. I can just run through the shot and do nothing - even if I'm not Buffy!" 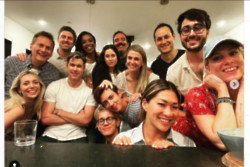 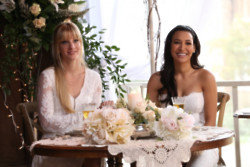 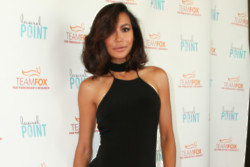