Eric Bana is set to star in 'Lone Survivor'.

The 'Hulk' actor is in talks to join Mark Wahlberg and Ben Foster in Peter Berg's fast-paced drama about a disastrous Navy SEAL mission.

Eric, 44, will play a SEAL lieutenant and will also star alongside Emile Hirsch and Taylor Kitsch.

The film has been five years in the making since Universal bought the rights to Afghanistan war hero Marcus Luttrell's autobiographical book.

'Lone Survivor' recounts the ill-fated reconnaissance mission that Marcus undertook in 2005 with three other SEALs near the Afghanistan-Pakistan border.

The commandos let an old man and three boys pass, not knowing they would come under attack by a Taliban army.

Marcus was the only survivor and the incident sparked a further fight which resulted in the largest life loss in SEAL history.

Director Peter has also written the screenplay and is set to produce alongside Sarah Aubrey and Akiva Goldsman.

The Australian actor can next be seen in John Crowley's thriller 'Closed Circuit' and has previously taken on roles in 'Troy', 'Star Trek' and 'Hanna' after shooting to fame starring as ex-criminal Chopper Read in 2000 movie 'Chopper'. 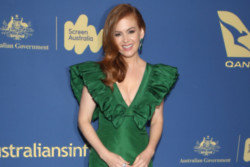