Josh Hartnett Stars In New Trailer And Poster For 6 Below

A trip into the mountains goes wrong for Eric LaMarque in 6 Below, hitting cinemas this October.

When a recreational trip into the mountains becomes a fight for survival and a test of human endurance, Eric LeMarque (Josh Hartnett) realises that his thrill-seeking life as a snowboarder has become something completely different altogether in upcoming film, 6 Below.

Lost in a winter storm in the back country of the High Sierra Mountains, he’s pushed to the limit and forced to battle against personal demons if he’s to make it out alive. Check out a brilliant new trailer and poster for the film below:

The brilliant cast for 6 Below also includes Sarah Dumont and Mira Sorvino, with the latter tackling the role of LeMarque’s determined mother. Scott Waugh (Need For Speed) is the man sitting in the Director’s Chair for the flick, in a movie intended to push the viewers’ senses to the absolute limits.

6 Below is in cinemas and on demand from October 13. 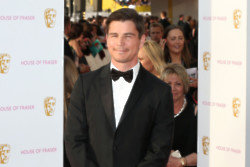