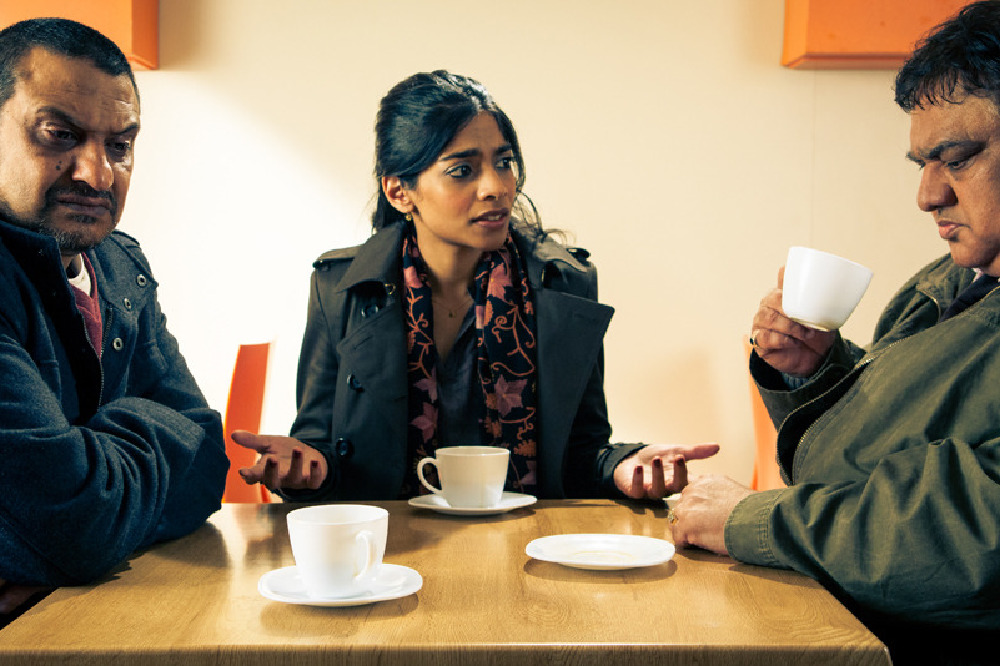 Kulvinder Ghir returns to the big screen this week as he teams up with Harish Patel for Jadoo; a movie that will see the two actors play fighting brothers.

The comedy sees Amit Gupta, and it has already been doing well on the festival circuit; particularly, in Berlin earlier this year.

We caught up with the actor to chat about the film, working with director Amit Gupta and what lies ahead.

- Jadoo will be hitting the big screen this week so can you tell me a bit about the film?

The film is set in Leicester, and it is about two brothers who set up rival restaurants across the road from each other because of a family feud. The eldest brother’s daughter tries to bring them back together for her wedding day. What is lovely about this story is that is a very simple, beautiful and charming film.

The mother is passing away, and she wants to use the money from selling one of the family recipes to a pickle company to go back to India before her death. However, she doesn’t want the younger brother to know anything about. So being the older brother Harish’s character keeps it to himself.

But the younger brother finds out that this recipe has been sold, but no one gives him an explanation as to why. This causes a rift within the family and set up their own rival restaurants.

- You take on the role of Jagi in the film so what was it about the character and the script that really drew you to the project?

It was just an understanding of the whole circumstance, really. This is a movie about Indian food and restaurants, and it really does pull on that cultural background. So there were many elements that came into it.

You look at the character’s dimensions, and I felt that I had a good interpretation of this character, he has a short fuse, and yet you have to have a charm about it.

I thought that there was a sense of realness about the film as much as there is a passion about film; the one thing that these two brothers do share is food and the great desire to make it right and perfect.

Those things really do attract you when you read a script. Again, to an extent, there is a lot of humour and comedy in it, and yet it is very touching as well.

As an actor, you look for parts, and you want to be stretched, and I just felt that I could do something with this and make it more myself and different from any other job I had done.

The relationship is beautifully linked up with the daughter of the oldest brother as he has a real love for her uncle. When we pick him up in the film, we are about twelve years into the angst of not actually talking to his own brother, a brother who lives literally across the road.

There are so many different and complex stories in this movie, and it is great to see them all brought together.

I tried to make Jagi a contemporary character, so he was probably born here, but he is bilingual and is part of two cultures; that is what happened to myself.

It is through their love of food that Harish’s daughter manages to bring them together. This is a movie that is really about the love between brothers, and it really does bring a lump to my own throat, that is not often shared and we don’t often look at those relationships.

- Amit Gupta is in the director's chair and has penned the screenplay, so how did you find working with him and what kind of director is he?

He is great. He is meticulous in what he wants; that is really important when you are making a film, especially when you have written it because you have a vision of it. The team on board there was a lot of experience on the camera side; Roger Pratt did all the Harry Potter films.

Amit took on board the 35mm and so, to a certain extent; we only had six to ten takes at the most - but Amit never made you feel pressurised. What he did want was the quality, and he wanted you to get into those characters, and he would sometimes let the scene play on.

There was always a real unity within all the groups; especially in the kitchen scenes as we had preparations, and we had people who were cooking the food. There is so much for a director to take on board on 35mm, on film, lighting it and getting those colours and getting those moods and to tell the story.

I think the fact that we shot it in Leicester made it a united film; this is very much a Leicester film as well. It is a lovely story; there are lots of different loves in it (laughs).

- The movie is released this week so have you been able to gauge any early responses to the film?

We took it to the Berlin Film Festival, and we just had a great response as they just got it and they got the humour of it. It then went into Cannes; at this very moment, it is going into a lot of other festivals. So far, it has been a positive response.

- Throughout your career, we have seen you move from TV series to film and back again, so how do the two mediums compare? And what do you get out of TV work that you don't get in film and vice versa?

The next thing I am doing is actually theatre; I start a play on Monday called Domestic Crusaders. It is an American piece that is set in Chicago. It follows a Muslin family that moves to America about thirty years ago looking for the American dream. I am going to play the dad of two children in the play.

It is really where the work takes you and I really don’t have a choice in this career. I am fortunate if a piece is interesting, and I get attracted by it, I say ‘yes, I want to do that. And if I don’t do it, I will have some sleepless nights’ (laughs). There was always a love for film as much as there was a love for theatre.

You really want to do-good quality work. If you can make a choice and make ends meet and try to do-good work, then that is great. But objectives changed, and as soon as I had kids, I did everything (laughs).

As I am getting older it is very different to change hats; so it is tough to go from film into theatre. The day after I finish this play, I will be doing some stand-up; I will be hosting the British Asian Music Awards.

Theatre is really hard work because it is instant, and it is happening there and then. That is the same with stand-up but the stand- up has the risk, and you can improv and you can play.

- You have also written projects in the past so is that something that you could consider returning to? Or does any other work behind the camera take your fancy?

Oh yeah. There is a natural development. When it is your interpretation of your idea - I am not saying that you get to play God - but you get to play all the parts because you write the script.

It does interest me because to make something... what Amit has done here with Jadoo is he has got it doing, and then he directed it. I am writing and I am working on a project, and we are looking to try and get that going.

It is a lovely project as well as I wrote it about fifteen years ago. It’s about Indian soldiers in the First World War, but it has risen again, and I think that it will make a really lovely story. I do feel that I would like to write more.

- Finally, you are going to the theatre next week so how long with that show run for? And what have you got coming up after that?

That will run for three weeks before we look at that piece to see if there is any further development. There are a couple of things in the pipeline for next year - it is very difficult to talk about them yet - they are films again. 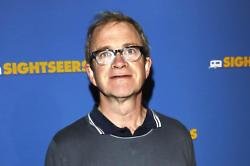 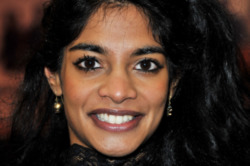 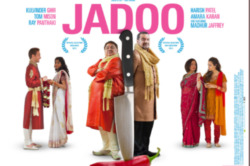