Whether you’re a fan of Game of Thrones, Star Trek or 1984, you’ve been exposed to some of pop culture’s favorite conlangs. You may not know exactly what conlangs are, but you’ve definitely heard them being used before.

The word “conlang” is short for “constructed language,” or a language that was invented rather than forming naturally over time. In other words, most of the time you hear or read a fictional language being spoken in a movie, TV show or book, it’s a conlang that someone invented from scratch, or by piecing together elements of existing languages.

To be clear, there are conlangs that aren’t found in pop culture, such as Esperanto, which were created for people to speak in real life, but many of our favorite conlangs are spoken by fictional characters.

Here’s a brief overview from language learning app Babbel (www.babbel.com) of nine of our favorite conlangs from pop culture...

One of the most well-known and beloved conlang creators was the English writer J.R.R. Tolkien. His most famous series is The Lord of the Rings, which features the Elvish conlangs — consisting of Quendian, Eldarin, Sindarin and others. Tolkien began inventing Elvish when he was in school in the early 1900s. He used his familiarity with Latin, Finnish, Spanish, Italian, Greek, Old Norse, Gothic and Old English to create his world of related languages and wrote that his fascination with Finnish was particularly influential in the Elvish conlangs. Tolkien constructed many other languages over the course of his life, as well.

What began as gibberish spoken by aliens in the Star Trek franchise was developed into something more, when linguist Dr. Marc Okrand was brought on to create the Klingon language. In developing Klingon, Okrand used his knowledge of how languages work to create something that sounded alien but also realistic. Some super fans have taken up learning the conlang, and Okrand estimates about 100 people speak it fluently.

The language of serpents, which Harry Potter himself also spoke, is another example of a conlang in pop culture. Though not as fully developed as Elvish or Klingon, Parseltongue does have a set of basic sounds and sentence structures, created by Francis Nolan, a professor of phonetics at the University of Cambridge.

The final season of the wildly popular HBO series Game of Thrones has come to a close, but there’s one very cool aspect of the show that’s often overlooked: the languages. Several languages are referenced in the books the show is based on, but they weren’t actually developed, so the showrunners hired linguist David J Peterson (he actually won a contest to land the job) to create full-blown conlangs for the series. One of the most noticeable conlangs in the show is Dothraki, spoken by the nomadic tribes of Essos, including Daenerys Targaryen’s former husband Khal Drogo.

Another prominent conlang in Game of Thrones is High Valyrian, the language of House Targaryen that others, like Tyrion Lannister, have also learned as a form of scholarship. Petersen created more than 5,000 High Valyrian words and four grammatical genders for the language.

Blade Runner fans will remember the noodle bar scene in which Detective Gaff speaks in an unknown language. That language, called Cityspeak, was created by the actor who plays Gaff, Edward James Olmos. Cityspeak apparently borrows from Spanish, French, Chinese, German, Hungarian and Japanese, and was developed by Olmos to make the role more interesting. One could make the argument that Cityspeak is actually a pidgin, rather than a conlang, but because an actor made it up for a movie role, and allegedly even created a vocabulary and grammar book for it, we’re counting it as a conlang.

It’s been a while since Avatar hit cinemas, but you probably remember the blue Na’vi people from the film. As it turns out, their language — also called Na’vi — is a conlang that director James Cameron commissioned for the movie. Paul Frommer, a professor at the University of Southern California and linguistics consultant, worked for years on developing Na’vi for Avatar. He then taught the language to the actors and served as an on-set coach.

Finally, we have a literary conlang. Newspeak is the language of Oceania, where George Orwell’s 1984 takes place. Though it looks very similar to English and is technically a controlled natural language, it can still be considered a conlang because it was invented specifically for the book and has some of its own phonology, vocabulary and grammar rules. Orwell created Newspeak with restricted grammar and limited vocabulary to limit free thought and personal expression under the totalitarian ruling Party. 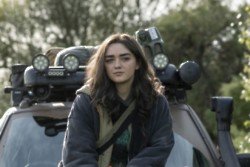 10 Things you should know before dating a sci-fi fan 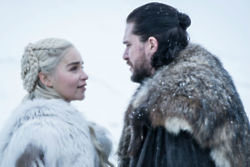 10 Things you can do now Game of Thrones has ended