2014 has been another terrific year with a whole host of movies performing incredibly well at the box office. It has been bumper year when it comes to the blockbuster with a range of sequels hitting the big screen as well as couple of brand new films that have thrilled audiences. 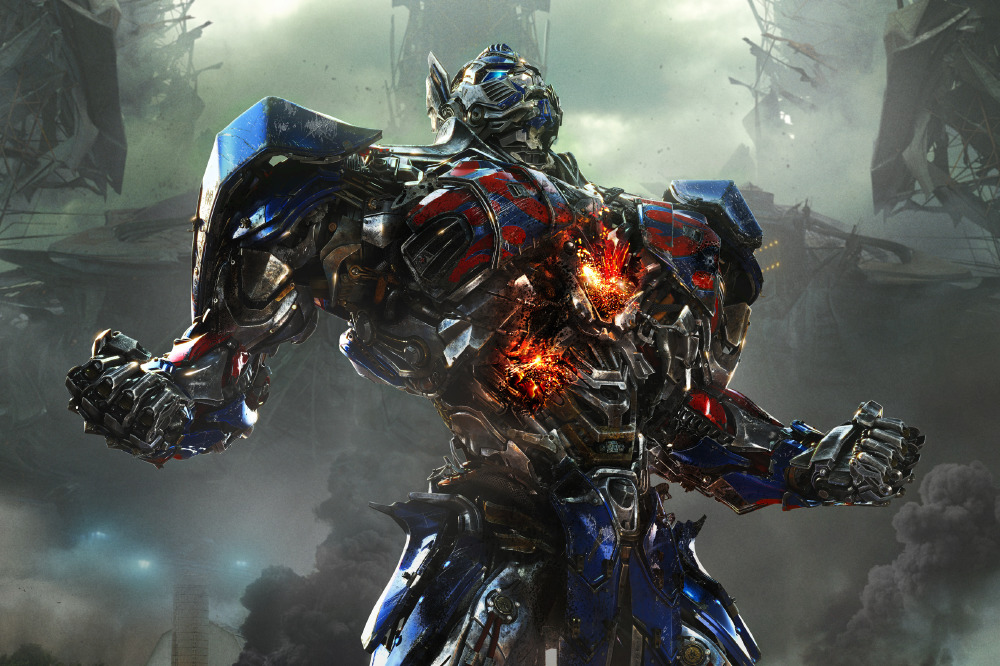 Now that the year is almost at a close - I cannot believe that we are already saying goodbye to 2014 and looking ahead to 2015 - we take a look at those movies that grossed the most when it came to the box office.

There is one only movie that has grossed over the magical $1 billion this year, and that is Transformers: Age of Extinction as the popular franchise was given a big of a facelift and taken in a new direction with a completely new cast.

Michael Bay, who brought us the first three hugely successful films in the franchise, remained in the director's chair for Age of Extinction, despite it looking at one point that he wasn't going to return for the fourth film.

Mark Wahlberg took over the central role in the film, as we were introduced to the character of Cade Yeager for the first time. He was joined on the cast list by Stanley Tucci, Kelsey Grammer, Nicola Peltz, Jack Reynor, Sophia Miles, and Li Bingbing, while Peter Cullen returned to voice the character of Optimus Prime.

Once again, the movie was met poorly by the critics, but that didn't stop an army of Transformers fans from flocking to cinemas to check out the latest instalment. The $1,087 billion success makes it the second highest grossing film in the Transformers franchise - behind Dark of the Moon - and the second film in the franchise to gross over $1 billion.

A fifth movie is set to be released in 2016, while Paramount has launched their campaign to get age of Extinction nominated for the Best Picture and Best Director Oscar. While it may not end up in the running in those two categories, it could well find itself in some of the technical and special effects categories.

No movie year is complete without a Marvel film hitting the big screen and in 2014, we were treated to two. Guardians of the Galaxy was the second of those two films and was the launch of a brand new Marvel franchise.

Guardians of the Galaxy was the final film before Phase two is brought to a close by Avengers: Age of Ultron next year, and was one of the most anticipated blockbusters of the summer. The movie marked the most adventurous project for Marvel to date and saw James Gunn in the director's chair.

Gunn has been behind Slither and Super so far in his directing career, but Guardians of the Galaxy marked the biggest film of his career - however, you would not know that when you see the movie as it is a triumph. He infused great action with the humour that has become Marvel's trademark and the space special effects were just incredible.

The movie was both a critical and commercial success as it grossed over $771 million at the global box office. So far, it is the second highest grossing movie of 2014, and the third highest grossing Marvel movie of all time behind Avengers Assemble and Iron Man 3.

A Guardians of the Galaxy sequel is already scheduled for 2017 and James Gunn has revealed that work on the screenplay has been completed. However, details of the plot and cast are you to be unveiled.

Maleficent is a live action re-telling of one of Disney's most famous villains, with Angelina Jolie perfectly cast in the title role. While the movie does touch on aspects of the Sleeping Beauty story that we are familiar with, it showed off a very different side to this 'villainous' character.

Jolie delivers a terrific performance as Maleficent - seriously, there was one of the most perfect pieces of casting of the year - as she embodied the fierceness and terror of this character as well as the most vulnerable side that we have never seen before.

Elle Fanning, Sharlto Copley, Lesley Manville, Imelda Staunton, Juno Temple, Sam Riley, and Brenton Thwaites made up a cast list that was a mix of established talent and up and coming stars, while Robert Stromberg was in the director's chair.

Stromberg is best known for his work in special effects with the likes of The Golden Compass, The Chronicles of Riddick, The Aviator and The Terminal - he also has two Oscars for his work on Avatar and Alice in Wonderland - but Maleficent was to mark his feature film directorial debut.

X-Men: Days of Future Past was the summer blockbuster that I was looking forward to the most as it not only saw Bryan Singer back in the director's chair, but it saw actors from the two different X-Men franchises come together for the first time.

Singer had been behind X-Men and X2 and it was great to see him return to Days of Future Past - his first X-Men movie for eleven years - and he really did not disappoint, as this was one of the best blockbuster movies of the year.

Singer was on top directing form as he juggled individual stories of all of the characters, jumped back and forth between the past and the future, while giving all of these great actors plenty of screen time to develop their characters further.

The result was a top draw blockbuster that was a box office smash and had the critics singing its praises left, right, and centre. For me, it was just a triumph and is the best film in the X-Men franchise to date - and I have been a long-standing fan of X2 ever since it was released back in 2003.

Work on X-Men: Apocalypse is already underway as Singer and co are currently thrashing out a screenplay - he will also be returning to the director's chair. Fassbender, McAvoy, Lawrence, and Hoult are all back, while we will be introduced to Oscar Isaac as Apocalypse and Channing Tatum as Gambit.

Guardians of the Galaxy may have been the better performing Marvel movie of 2014, Captain America: The Winter Solider remains my personal favourite as Chris Evans returns for a second solo film. This was the first time we had seen Evans reprise the role of Steve Rodgers since Avengers Assemble, and The Winter Solider was bigger and better than The First Avenger.

Anthony and Joe Russo took up the director's chair this time around in what was the first Marvel movie for the filmmaking sibling… I have to say, that did a terrific job, as The Winter Solider is action packed and funny as well as continuing to develop the title character.

Evans was joined on the cast list by Scarlett Johansson, Samuel L. Jackson and Cobie Smulders, as they reprised their roles of Black Widow, Nick Fury, and Maria Hill. However, there were some new faces to watch out for as Anthony Mackie, Sebastian Stan, and Robert Redford were introduced as Falcon, Winter Solider, and Alexander Pierce.

The Winter Solider was the first critical and commercial hit for Marvel in 2014, as their good run at the box office continued with this movie topping the box office around the world and taking over $714 million worldwide. It is the fourth highest grossing Marvel film behind Avengers Assemble, Iron Man 3, and Guardians of the Galaxy.

Anthony and Joe Russo are staying with the franchise and have begun work on the next film Captain America: Civil War - which has already been announced for 2016. Robert Downey Jr, Jeremy Renner, Sebastian Stan, Frank Grillo and Anthony Mackie have all been linked with the cast list, while we are expecting Chadwick Boseman to be introduced as Black Panther ahead of his own solo movie.

Other big performing movies this year include The Amazing Spider-Man 2, Dawn of the Planet of the Apes, How To Train Your Dragon 2, Interstellar and The Hunger Games: Mockingjay - Part 1.

tagged in Captain America: The Winter Soldier Guardians of the Galaxy