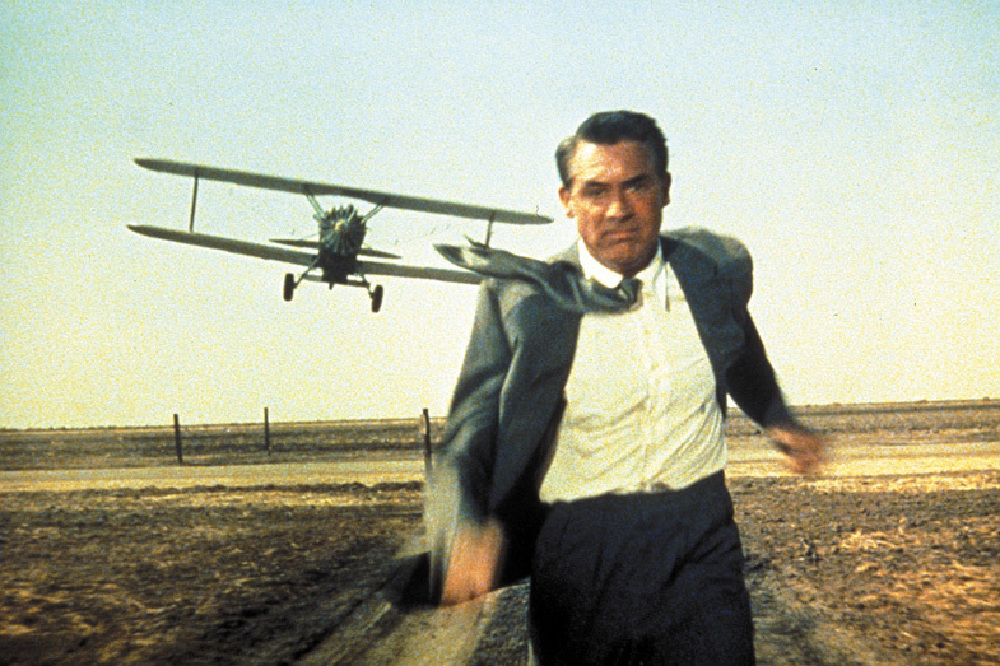 Cary Grant in North By Northwest

British cinema has been a pioneer for decades and we have already looked at the movies and the directors that have made an impact over the years.

But there is no movie without a cast over the years this country has produced some of the finest actors - many going on to take Hollywood by storm.

So as out celebration of British cinema continues we take a look at some of the great British actors of all time.

You can't talk about fine British actors without discussing Laurence Olivier who had a successful career on both stage and screen as well as in the director's chair.

It was the role as Heathcliff in Wuthering Heights that was his breakthrough in America and he went on to star in the likes of Rebecca and Pride and Prejudice.

But it is perhaps with work with Shakespeare that he will be best remembered as he took on roles on film as well as one the stage.

Between 1944 and 1955 he starred in Henry V, Hamlet, and Richard III - all of which were huge successes.

During his career Olivier was nominated for the Best Actor Oscar nine times - winning in 1948 for Hamlet.

Cary Grant is widely regarded as one of the greatest big screen stars of all time as he enjoyed a career that spanned over thirty years.

Grant was an actor who moved easily between dramatic and comedic roles and yet he never won an Oscar for his work - he was presented with an honorary award in 1970.

Grant is best known for his roles in the likes of Bringing Up Baby, The Philadelphia Story, An Affair To Remember and North By Northwest; the latter saw him team up with director Alfred Hitchcock.

As well as success on the big screen he was also a hit on the stage as he performed in a series of Broadway shows throughout his career.

Alec Guinness enjoyed an acting career that spanned over sixty years and saw him take on a series of iconic roles.

It was after the Second World War when Guinness' career really took off with roles in the likes of The Lavender Hill Mob, The Ladykillers and The Bridge Over the River Kwai.

The role of Col Nicholson in The Bridge Over The River Kwai remains one of his most famous parts and he won the Best Actor Oscar for his work.

But he secured his legendary status in the late seventies when he took on the role of Obi-Wan Kenobi in Star Wars - a role he went on to reprise in the next two movies.

He won one Oscar during his career but nominated for The Lavender Hill Mob and Star Wars.

Guinness was one of the most versatile actors of his generations as he moved from genre to genre with the greatest ease creating some of cinema's most memorable characters.

Peter Sellers is widely regarded as one of the best comedic actors of all time and he enjoyed a career that spanned over thirty years.

He kicked off his career in the theatre before moving into film in the fifties.

Throughout his career he created a wide range of comedic characters and is best know for his roles in the likes of Dr. Strangelove and The Pink Panther as Chief Inspector Clouseau.

During his career Sellers was nominated for an Oscar on three occasions and tasted Bafta success.

There has never been a comedic like Sellers and this actor influenced generations of actors that followed him.

This year sees Michael Caine celebrate his sixtieth year in the business and he has had one hell of a career.

Caine has starred in some of the best British movies of all time including Zulu, Get Carter and The Italian Job as well as making the transition into American film.

Throughout his career he has bagged six Oscar nominations and has won on two occasions; winning Best Supporting Actor for Hannah and Her Sisters and The Cider House Rules.

Caine is in a big a demand today as he was back in the sixties and seventies and has starred in the likes of the Batman trilogy, Harry Brown and Is Anybody There? in recent years.

Caine is an actor who has shown off his versatility over the years as he has moved from dramatic roles, to action and back again.

He will be back on the big screen later this year with Now You See Me.

It was back in 1960 when Anthony Hopkins kicked off his acting career and after fifty years he is still going strong.

The role of Hannibal Lecter in The Silence of the Lambs remains one of the greatest horror movies of all time .

While The Silence of the Lambs remains his greatest movie moment he has starred in other terrific films over the years including The Lion In Winter, The Remains of the Day and Legends of the Fall.

Much like Caine he has starred in some of the biggest movies in recent years as he has been on the cast list of Beowulf and Thor.

He is set for a busy 2013 as we have seen him star in Hitchcock and he will be back in Red 2 and Thor: The Dark World.

Daniel Day Lewis is the greatest British director of his generation as he became the first actor to win a third Best Actor Oscar at last month's ceremony.

He is an actor that perhaps doesn't work often but when he does he always delivers knockout performances.

It was 1985 and movies My Beautiful Laundrette and A Room With A View where he really started grabbing people's attention.

My Left Foot, There Will Be Blood and Lincoln have been his Oscar winning performances but he has also be nominated In The Name of the Father and Gangs of New York.