Here, we take a look at some of the most charming pups to hit the big screen!

What better way to raise awareness and remember some wonderful dogs, than watching films that either focus on the furry companions, or have an adorable pup in them?

Here are five marvellous examples of dogs in films that have made these movies ones to watch!

If you or anyone you know is missing a pet, try Animal Search to get your beloved pet back - click HERE to report a pet.

Love and Monsters is an apocalypse-style movie about a guy crossing dangerous terrain and risking death; all to get to his long-lost girlfriend.

Joel (Dylan O’Brien) tries his best to be brave and complete his journey, but he stops in his tracks when faced with fear; an anxiety that Joel would’ve never gotten over if it weren’t for Boy.

Boy is an adorable Australian Kelpie that saves Joel’s life from a giant mutated toad. Joel takes a time out and talks to Boy, realising that they’re not so different; they’ve both lost people they care about.

While on their quest, Boy’s life it at risk when a colossal millipede rises from the ground. Joel, having fallen for the canine and not wanting his fear to be the cause of his friend’s death, overcomes his fear and saves Boy’s life; a perfect example of how dogs really can bring out the best in you.

Marley – Marley and Me

A film known by pretty much everyone, Marley and Me is charming and heartwarming, yet slightly tragic movie about the joyous impact a furry friend can have not only on you, but your family too.

Marley isn’t exactly the best-behaved dog, causing antics almost everywhere he goes. But, he is there through every event at the Grogan home, from the birth of the couple’s children right until the end.

The lovely Lab is more than a dog; the film goes to show that dogs really can teach you things, and even though they may cause mischief, they serve to remind us to have fun and live life happy.

Dug (voiced by Bob Peterson) is a dog like no other, to say the least. The animated adventure follows Carl (Ed Asner) as he plans to literally fly his home to a specific destination; a place he and his wife wanted to go before her passing.

Once he arrives, with stowaway Russell (Jordan Nagai), Carl finds a Golden Retriever named Dug with a collar allowing him to talk; Dug and Russell almost go hand in hand here, as they both seem to warm the ice on Carl’s old heart.

The canine becomes a friend of the old man, and much like a real dog, Dug teaches Carl that just because someone is gone, doesn’t mean you can no longer be happy. The adorable pup serves to teach Carl to open up his heart once more – it’s a beautiful sentient.

Sam – I Am Legend

While I Am Legend starring Will Smith may be a very lonely and melancholic movie, there is someone who serves to keep Robert (Smith) sane despite the total destruction of the planet.

Robert is the only survivor in New York, a city destroyed by a plague. The lonely scientist spends his days attempting to find a cure alone; save for his dog, Sam.

The Alsatian reminds Robert of both how the world was before, and that he is not alone. Sam is at his heels every step of the way, guarding him and protecting him as the pair make their way through the ruins of the city.

This dog really proves that pets are not just pets; they are companions that will take a bullet for you without you even needing to ask.

There are so many kinds of dogs in the world; almost none of them selfish or cruel. Benji shows this when the titular stray dog jumps to the rescue to save the children who have befriended him.

Benji, a mixed-breed pooch, is orphaned and left on the street to fend for himself. Now a stray, Benji’s luck turns as a brother and sister decide to feed him and they all grow close.

However, when the children are kidnapped, Benji wastes no time in tracking them down and saving them.

This dog is yet another example of the relentless and loving nature of dogs, and goes to show that if you’ve got no one, there’ll always be your dog to help you through anything.

Not everyone enjoys every Holiday throughout the year, and not everybody likes the films that come with them. Despite there not really being a market for Easter films, there are some films, such as children’s ones with rabbits in them, that you may consider watching.

However, if you’re not into that, then why not check out the creepy side of Easter? Some films have freaky bunnies, and others are just plain scary...

tagged in I Am Legend Up Dogs 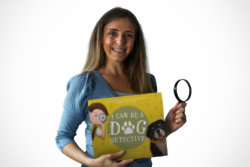 Keeping children and dogs safe in the family home 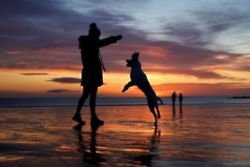 What does it mean to dream about a dog? 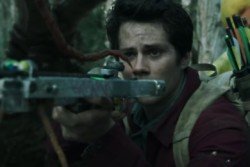 Review: Love and Monsters on Netflix