No year is complete without a Marvel movie and in 2015, we are going to be treated to two. Ant Man is going to be a brand new franchise and looks set to kick of Phase 3 of Marvel films in real style.

Ant Man may not be the most high profile of Marvel characters but this really does like it is going to be a high octane action packed ride with another terrific cast assembled - Marvel really do seem to have a knack at casting the right people to bring these terrific characters to life.

So far, we have been treated to little snippets of footage from Ant-Man, but now the brand new trailer for the film has arrived… and it really does not disappoint. Check it out:

Michael Douglas and Paul Rudd are set to lead an all-star cast as they take on the roles of Hank Pym and Scott Lang. They are joined by Evangeline Lilly (Hope Van Dyne), Corey Stroll (Yellowjacket), Judy Greer, Bobby Cannavale, Michael Pena. It looks like John Slattery and Hayley Atwell are also set to make an appearance as Howard Stark and Peggy Carter.

Armed with the astonishing ability to shrink in scale but increase in strength, con-man Scott Lang (Rudd) must embrace his inner-hero and help his mentor, Dr. Hank Pym (Douglas), protect the secret behind his spectacular Ant-Man suit from a new generation of towering threats. Against seemingly insurmountable obstacles, Pym and Lang must plan and pull off a heist that will save the world.

Marvel had a terrific 2014 with Captain America: The Winter Soldier and Guardians of the Galaxy both enjoying critical and box office success and that looks set to continue into the new year as Avengers: Age of Ultron and Ant-Man are set to hit the big screen.

Avengers: Age of Ultron will end Phase 2, while Ant-Man will kick off Phase 3 - the next few years are going to be a mix of already established franchises as well as being introduced to a whole host of brand new characters.

Ant Man, Doctor Stranger, Black Panther, and Captain Marvel are just some of the new franchises that are going to be launched over the next three or four years - we are also going to see Captain America, Thor, Guardians of the Galaxy and Avengers return for sequels.

If you are a Marvel fan, then it really is going to be a very exciting 2015, and Ant-Man really does promise to be one of the movies that is not to be missed. Personally, I cannot wait to see what director Peyton Reed delivers. 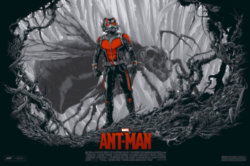 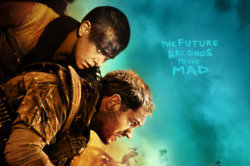 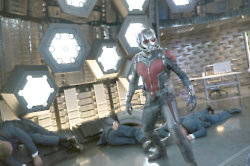