The body-swap comedy has been getting long in the tooth for quite some time. So, in a dash to rescue this laziest of comedy plots, the Change Up decides to bring in more than a little bit of blue humour. What we get is a foul, spiteful film that’s offensive to just about everyone.

Here we follow two friends, Dave and Mitch (Jason Bateman and Ryan Reynolds), a family man lawyer and a playboy actor respectively. But one night, after the two get drunk and relieve themselves in a fountain, they find themselves in each other’s shoes and must try not to ruin each other’s lives before they can find a solution.

To say that this film doesn’t have jokes is an understatement. It just doesn’t know what one is. Never venturing out of the crotch for ‘laughs’, this film Mitch is also the worst character of 2011, a pathological misogynistic scumball from start to end. And we’re meant to like him!

That the film is saved by a terribly sappy and undeserved second half says everything about just how dire the first hour is. But even The Change Up can’t match our winner (or lose dependent on you view in life).

While all the other films on this list are simply different shades of awful, no film this year caused me rage like Something Borrowed.

This romantic drama sees us follow Rachel (Ginnifer Goodwin) a singleton who just happens to have had the hots for her best friend Darcy’s (Kate Hudson) fiancée Dex for quite some time. But after Dex discovers the secret, the two start to have a fling, causing Rachel to decide between her friend or her heart.

So, yes, this is a film about infidelity. But a complicated look at broken souls tormented by lust? Nope, a light, throthy comedy saying it’s ok to betray your friend/cheat on your fiancée if the other person’s a better fit for you.

Surround that horrendous message with truly horrendous writing and some of the most deplorable ‘human’ you may see on screen, and you have the full picture of Something Borrowed. 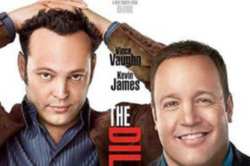 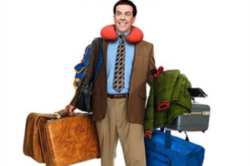