The Changing Roles of Guy Pearce

Guy Pearce is back on the big screen this week in the critically acclaimed Australian drama Animal Kingdom - which also stars Luke Ford and Jacki Weaver.

So to celebrate the release of the movie we take a look back over Pearce's career and pick up his best movies and performances.

L.A. Confidential was Pearce's big step into movies back in 1997 as he took on the role of  Det. Lt. Edmund Jennings "Ed" Exley alongside Kevin Spacey, Russell Crowe and Kim Basinger.

Set against the glamorous backdrop of 1950's Los Angeles, Sid Hudgeons is the sleazy reporter for the tabloid "Hush-Hush" who has always helped ferret out a scandal that Sid can mine for a potential celebrity bust.

Jack Vincennes is a celebrity cop who serves as the technical advisor for a TV show called "Badge of Honour."

He becomes involved in a murder investigation which will link him to a web of corruption and scandal involving fellow detectives Ed Exley and Bud White.

White and Exley are involved with Lynn Bracken, a woman who is the key to a murder investigation both men are trying to solve under the watchful eyes of the DA and the entire police department.

The movie premiered at the Cannes Film Festival and went on to be a huge hit with the critics - as well as doing well at the box office.

L.A. Confidential went on to be nominated for nine Oscars - including Best Picture. 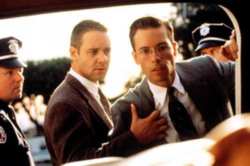 It's been over ten years since Pearce starred in Memento as Leonard Shelby - in what remains the movie for which he is remembered.

A robber attacks a married couple, killing the woman and leaving the man for dead. As he convalesces, the man struggles to overcome amnesia through the chaos of memory loss induced by his injuries.

Finding himself within rag-tag moments of his past, he attempts to remember the vital details and solve the mystery behind his wife's murder.

The unique narrative of the movie earnt it praise upon it's release and it still remains one of the movie in the psychological thriller genre. 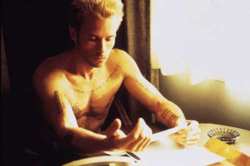 He moved onto The Proposition in 2005 - which saw him star alongside Ray Winstone, Emily Watson, Danny Huston and David Wenham.

Informing Charley that he must kill his older brother, Arthur (Danny Huston), in order to be set free, Stanley drags Mikey to a decrepit jailhouse while he waits for Charley to carry out the deed.

It was another critical hit for the actor as, once again, The Proposition was mostly praised upon it's release. 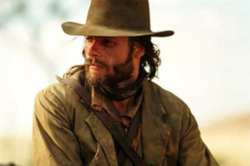 2006 saw him take on the role of Andy Warhol in Factory Girl, which told the rise and fall of Edie Sedgwick.

Pearce is superb as Warhol as the chillingly self absorbed icon who viewed humans as mere commodities who could be enjoyed for their aesthetic purposes, used for what they had to offer before being disregarded and replaced.

Despite Pearce's great performance Factory Girl struggled both with the critics and at the box office - not to mention the controversy that surrounded the movie. 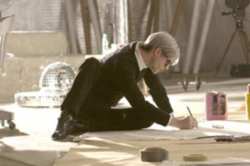 The Hurt Locker was THE movie of 2009 and went on to win a well deserved Best Picture Oscar, as well as Kathryn Bigelow becoming the first woman to win Best Director.

Forced to play a dangerous game of cat-and-mouse in the chaos of war, an elite Army bomb squad unit must come together in a city where everyone is a potential enemy and every object could be a deadly bomb.

Now Guy Pearce may not have been in the movie long but he was one of two key cameos - the other being Ralph Fiennes.

The Hurt Locker is the best war on terror movie to grace the big screen and what makes this movie so powerful is the absence of politics at no point, like in so many movies that have gone before, does filmmaker Bigelow question the reasons why the war is taking part or the death toll and this comes as a refreshing change. 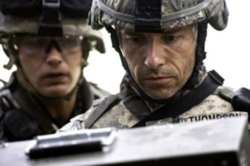