Philip Seymour Hoffman is one of the best actors of his generation and has starred in a string of great movies throughout his career.

And he is back on the big screen this week with his new movie The Master, a film that has already been whipping up a storm in the States.

To celebrate the release we take a look at some of the Philip Seymour Hoffman movies that you should have in your collection.

By the end of the nineties Hoffman's career really was up and running with roles of Happiness and Patch Adams but Magnolia really did put him on the map.

Magnolia was one of the best ensemble movies of the decade as everyone delivered a knockout performance.

Hoffman may have only had a small amount of screen time but he made the most of it as he presented Phil Parma as one of the most likeable characters in the movie.

Almost Famous also saw Hoffman with limited screen time but much like Magnolia he used it to make an impact.

Almost Famous is one of the best coming of age movies of all time as director Cameron Crowe really captured the essence of the time and the industry.

Hoffman's greatest movie moment is still his turn as Truman Capote in biopic movie Capote - which saw him win the Best Actor Oscar.

Capote was one of the best biopic pictures of the noughties and really allowed Hoffman to show off what he can do.

Hoffman really got under the skin of this man to deliver a performance the was engaging, profound and emotional.

Pair that with a great script, excellent support cast as well as some polished directing from Bennett Miller and you have an absorbing movie.

Charlie Wilson's War really allowed Hoffman to show off his comedy side as he teamed up with Tom Hanks and Julia Roberts.

Hoffman is cranky as spy Gust Avrakotos and really is hilarious and his on screen chemistry with Hanks is the best part of the movie.

The pair banter well together and really and they prove to be the perfect partnership.

And it was Hoffman who won over the critics with his performance as he went on to pick up a Best Supporting Actor Oscar nod.

A Best Supporting Actor nomination came his way again for his turn as Father Flynn in Doubt.

Doubt is an ambiguous movie from start to finish as it revolves around what this character may or may not have done and Hoffman plays him in a way where there is always suspicion and doubt in the audience's mind.

Doubt is a cat and mouse movie about power and sees Hoffman and Meryl Streep deliver fine performances.

This week seems him return to the big screen in a movie that is already being touting as a major Oscar possibility.

The movie sees Hoffman team up with Joaquin Phoenix and Amy Adams while Paul Thomas Anderson is in the director's chair.

Hoffman takes on the role of Lancaster Dodd, who launches a faith-based organization.

The Master unfolds the journey of a Naval veteran (Phoenix) who arrives home from war unsettled and uncertain of his future - until he is tantalized by The Cause and its charismatic leader (Hoffman).

Other Hoffman roles that you should check out include Boogie Nights, Before The Devil Knows You're Dead and Synedoche New York.

The Master is out now 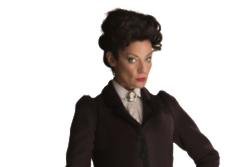 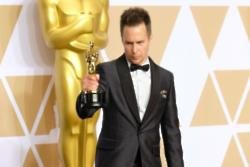 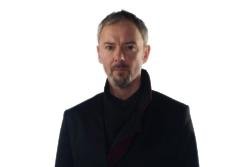