Screen legends Olivia de Havilland and Joan Fontaine both enjoyed successful career throughout the forties, both Oscar winners, but the sisters always had one problem... each other.

The sisters have been locked in a rivalry that stemmed from childhood and still remains today, despite the pair of them being in their nineties.

Olivia de Havilland and Joan Fontaine were born a year apart and a jealous rivalry began from a very young age. Olivia was the first of the sisters to embark on an acting career, it was the early thirties when she took to the stage for the first time.

It was only a couple of years later that younger sister Joan followed in her footsteps, after changing her name to Fontaine. And the pair began to make a name for themselves in Hollywood.

Olivia was signed with Warner and was enjoying high profile success with roles alongside the likes of Bette Davis and by 1939 she had landed the role of Melanie in Gone With the Wind.

Her performance earnt her her first best Supporting Actress Oscar nomination, the award went to her co-star Hattie McDaniel.

Joan on the other hand was working her way up RKO taking on smaller roles alongside Katherine Hepburn as well as Joan Crawford.

But things quickly changed for Joan as she landed the role as Mrs de Winter in Alfred Hitchcock's Rebecca. The film went on to be a huge success, winning Best Picture as well as Joan earning a Best Actress nomination. Joan was now a major Hollywood star.

But in 1941 the sisters found themselves going head to head in the Best Actress category, they were the first sister to be nominated in the same category in the same year. Olivia had been nominated for her role in Hold Back the Dawn while Joan got the nod for Suspicion, her second movie with Alfred Hitchcock.

The two sisters were sat together when Joan got one over on her older sibling winning the award. Fontaine wrote about that moment years later: All the resentments and jealousies of an uncomfortably shared childhood returned; "the hair-pulling, the savage wrestling matches, the time Olivia fractured my collar bone, all came rushing back in kaleidoscopic imagery.

"My paralysis was total ... I felt age four, being confronted by my older sister. Damn it! I had incurred her wrath again."

And while the pair always played down their rivalry it was all to plain in 1946 when de Havilland found her self nominated again for her role in To Each His Own. At the time it was tradition for the previous year's winner to hand out the award but Joan Crawford decided not to appear at the ceremony.

Joan Fontaine was the Academy's replacement. When she called out her sister's name she held out her hand to congratulate Olivia on her win only to be snubbed, something that was caught by the press.

But even with an Oscar a piece the pair still could settle their long running dispute as Joan claimed that Olivia didn't invite her to a memorial service for their mother, while Olivia claimed that she did invite her sister but she was too busy to attend.

The Hollywood sisters are not 91 and 90 years old and it seems that they lead completely separate lives as Olivia lives in Paris and Joan in California. 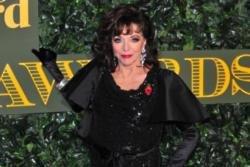 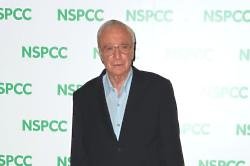 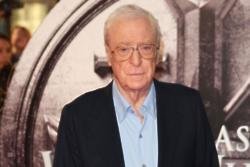