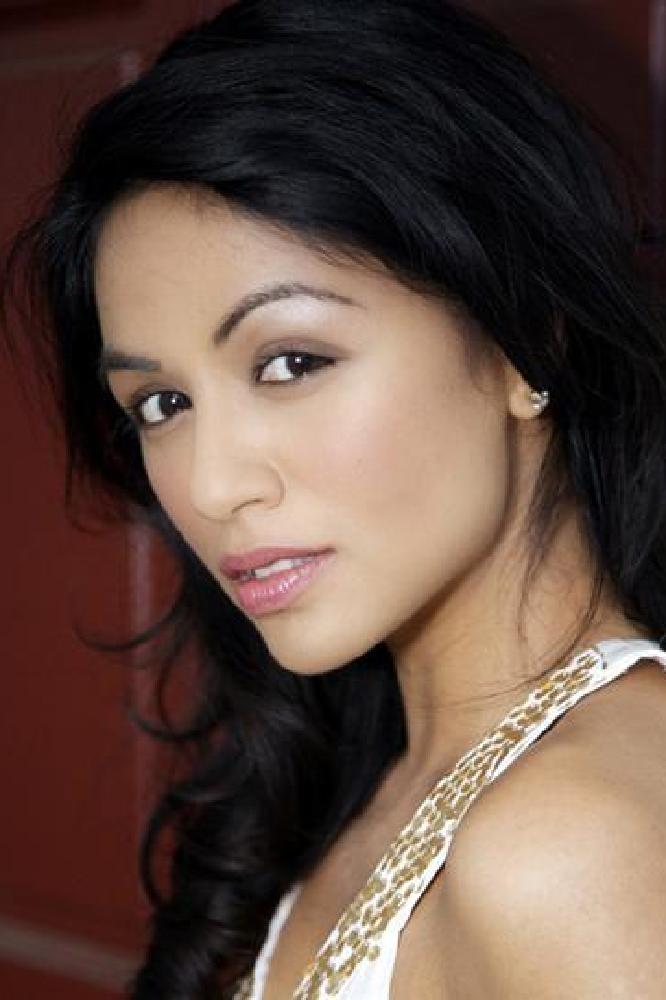 Karen David is successfully juggling both an acting and a singing career at the moment and she can currently be seen starring in new drama Touch.

Created by Tim Kring the series also stars Kiefer Sutherland and it allows Karen to show off both her acting and he singing skills.

I caught up with Karen to talk about the series, working with Tim Kring as well as what we can expect from her new EP.

- You are currently starring in Touch so for anyone who hasn't seen the series yet can you tell me a little bit about it?

Touch is about a 10 year old mute boy, Jake, who communicates only through sequences of numbers. These combinations of numbers, which he is constantly writing down, end up predicting events, or making connections to people from all over.

His father, Martin (played by Kiefer Sutherland) acts a messenger for his son, reaching out to random strangers around the world and bringing them together in unexpected ways.

- You take on the role of Kayla Graham so what was it about the role and the script that drew you to the project?

Kayla Graham is a character I can completely relate to on every level. I was immediately endeared towards her persona as she is a girl who has a dream, and her dream is to become a pop star!

How could I not fall in love with this role?! I get to sing as well, which was such a treat! It was a no brainer for me. Tim Kring, told me that Kayla was the 'breath of fresh air' in the show, the girl who everyone is cheering for and wants to see do well.

Unbeknownst to her, she ends up being the 'people's pop star'. I loved the idea of having a story line about a character following their dreams and the ups and downs of that journey and what it entailed, which I think a lot of people can relate to.

- Can you tell me a little bit about your character and how we are going to see her develop throughout the series?

Kayla is originally from London. She follows a boy to Dublin and ends up getting her heart broken. Broke, nowhere to go, and not wanting to return to London with her tail between her legs, she decides to find a job, and ends up working at a call centre.

Unhappy with her job, she finds any opportunity to sing around Dublin; at bars, open mic nights, and hotel lounges, hoping to be discovered. This is her everyday dream and struggle, which is kind of the rags to riches story line which is where her journey takes her to.

- The series is developed by Tim Kring, the man behind Heroes, so how much was that a draw to work on the series?

And have you had chance to work with him?   Tim Kring chose me with director, Francis Lawrence, so I had the opportunity of meeting them both right from the get go at my first casting with them.

I was terribly jet lagged, as I literally had hopped off the plane the night before my meeting with them, but I think the jet lag was a blessing in disguise, as it 'sedated' my nerves in a way. I could not believe I was in the same room as them!

I am a huge fan of Tim from his previous shows, 'Heroes' and 'Crossing Jordan'. I loved Tim's vision of Kayla and he has great taste in music! It just so happened that he saw Kayla's style of music in a more Corinne Bailey Rae/Norah Jones kind of style, and that's how I happened to sing 'Three Little Birds' in the casting.

We were on the same page, like all the stars were aligned! Tim was really intrigued by my cultural background and loved all the quirky bits about my heritage, and changed the character to fit around me.

It was such an honour working with someone so incredibly inspiring. In between takes, we'd talk about all kinds of things, from photography (he has an amazing Leica camera and the photos he took on set were beautiful!) to music - it was so relaxed on set.

- Kiefer Sutherland and Danny Glover are just two of the big names on the cast list so how have you found working with them?

Both Kiefer and Danny are pros - they make everything look so easy! It was so inspiring to be on set with them and watch them do what they do.

Kiefer loves his rock music and his guitars! I didn't know that he had his own record label! You learn something new everyday!

- You have worked in movies as well as UK TV so how have you found stepping into a big American TV series?

I just go where the work takes me. Whether it's a UK TV show or American show, I am just so happy to be on set and working with an inspiring cast and crew. I've been lucky enough to be part of something special like, Touch.

It's been such an adventure working with the likes of Tim Kring, and Francis Lawrence - TV/film royalty between the two of them, and to share screen time with Kiefer and Danny (Glover), has been an amazing opportunity.

- Everyone is saying that American TV is where to be at the moment because of the quality of the writing so how far would you agree with that?

I think the UK is delivering some great TV shows as well, so I beg to differ! :) I am madly in love with shows like Downton Abbey, Sherlock and Spooks. I think it's more television as a genre that has jumped leaps and bounds in the quality of story lines and special effects, and bigger budgets for all the bells and whistles that you would normally find in the bigger movies.

I am a huge fan of American television as well, and there are a lot of great shows on at the moment. I think on both sides of the pond, TV programming will just keep getting better and better, and that makes me so excited about what's to come!

- And is US TV a place where you can see yourself staying for a while?

I've been really fortunate to be able to work all over the place and that's the path I'd like to continue on. If there's a great script that shoots in Scotland, I'll go there.

If there is that great role that films in Boston or Japan or Halifax, Canada, then I'd be so lucky to have a new life experience and adventure to add to my CV.

I know that I've become a better actor just by the life experiences I've collected from working all over the world, meeting new people, watching how different cultures interact...so I would love to keep working all over, but, if another amazing role came up from the U.S., then I'd be bonkers not to take it! I have a base in London and a base in L.A., which allows for me to go where the opportunities and work take me to on both sides of the pond.

The craft service tables are amazing! But dangerously tempting, as they are filled with every possible kind of snack, from healthy to naughty candies and treats.

Whilst I was filming Touch, I had to try to stay away from the candy machines that were filled with M&M's, chocolate dipped pretzels or gummy bears! Augh!

It was tough, but I instead went for the fruit bowls for energy instead! But that aside, in the case with Touch, it was a bigger 'Hollywood budget', so everything seemed to be a bit more grand.

The sets were so detailed and intricate. More runners on the floor, more assistants...the bigger the budget, the more you can do, kind of thing.

- Touch sees you mix acting and singing so where are you with your music career at the moment? Is there an album on the horizon and if so what can we expect from it?

After the one hour special aired, Wendy and Lisa (Prince and the Revolution royalty) and I were inundated with all these tweets and facebook posts saying how much they loved Kayla's song, 'Three Little Birds' - our version of the Bob Marley classic.

I was so excited when Fox decided to release it on iTunes worldwide for the Touch fans. Here is the video link of the behind the scenes making of the song:

In the meantime, I have been in the studio writing for a new EP which I am aiming to release by end of next month, so it's been full on focus to get that done!

I'm really excited to finish this particular EP as all the songs have been inspired by my experiences of working on Touch and with my character, Kayla. It's so ironic that my character and I, kind of do the same music!

- I was reading that you were working with producer Greg Wells on some things so how is that going?

I worked with Greg on our version of ‘Three Little Birds’, which I am aiming to include as well on the EP.

It was great working with Greg - he's a household name in the biz and is extended family, so it's so nice that we got to work with each other.

- Finally what's coming up for you in both acting and music?

I have a cameo coming up in the new Robert De Niro movie, Red Lights, which I filmed in Barcelona last year.

Pixelface, the second series, (produced by Graham Norton's So Television), is on repeats on BBC2 on Saturdays. My new EP, ‘Dust to Stars’, will be out next month, that's what we're aiming for, so a lot on at the moment, but I'm not complaining. I'm enjoying this adventure...