Your lead actors Will Ash and Christine Bottomley are new names so what are the risks of an unknown cast and how was the casting process?

Well Will I have seen in a couple of things and I have always liked him because he is an honest actor and I like that he’s a good man and one of the best people that I have met in a long time. He’s a really good guy and he did so much for me that I will always be indebted to him.

And the same thing with Christine, Christine is a very different sort of actor she’s brilliant and very instinctual and really there when you watch it just watch her eyes welling up.

And I think if you have good actors then you have a good film it’s that simple you can have bad cinematography and bad lighting but good actors.

And what was the shoot itself like, on the M1 and at night, it must have thrown up a few issues?

Yeah yeah yeah it threw up a lot, and ones that I didn’t realise, but mainly shooting at night because people get fatigued and that is a huge problem, the rest of it you can take in your stride, but that was pretty much it the tiredness I had no idea, I hope I never have to do that again.

You have already touched on this but what or who influences your filmmaking?

If I’m honest with you when you ask these sorts of question people throw them out and a lot of the time it’s The Usual Suspects, Spielberg, De Palma, Coppola, and you say it and they are all the same as everyone else has said and admired.

I like people like Chris Nolan and David Lynch but I also like the new breed of directors that are coming though like Jonathan Dayton and Valerie Faris, they did Little Miss Sunshine, I think they are something pretty special and some of the Spanish stuff that’s coming through like Guillermo Del Toro, Pans Labyrinth was one of the best films that I had seen in ages.

But I also look at movies from a director producer perspective you know? I can’t think of Zack Snyder without his wife, whose name escapes me, or James Mangold without Cathy Konrad or Peter Jackson without Fran Walsh because that’s how I work, I work with my wife. And I look at those relationship and you have got to have something pretty special going on there.

And that’s what I’ve noticed that a lot of directors, and there are more than the ones I’ve just mentioned, and James Mangold and Peter Jackson are arguably amongst the top twenty directors on the planet and they all work with their wives, which is what I do.

And there’s nothing like working with your family and if you can withstand the pressure it’s pretty amazing.

The British film industry is very much in the spotlight with the success of Slumdog Millionaire but in reality how difficult is it an industry to work in?

Oh it’s probably the hardest in the world because if you look at the French they aren't competing with any other French speaking companies but we are competing with the Americans, they are our direct competition.

But making films isn't the hard part, I mean it is hard, but the real difficulty is getting the distribution you could make the best film in the world but if no one sees it then it doesn't matter.

The audience, I believe, don't choose what they want to go and see they are told what to see and they are told by marketing budgets so we are all being told to go and see Watchmen, we probably will go to see Watchmen and it will probably be very good, but my point is when you deal with a juggernaut like that and you are talking about a film like ours that's made on a fraction of the cost and you are going up against it it's very very very hard.

It's very difficult when you are starting out and if I was starting out now I would be very worried because there is so little money around and it's very hard to get distribution and I would seriously consider finding other ways like putting a film straight onto the Internet.

I don't know what the way forward would be but I got in just before that new wave of filmmaking starts to happen and I think it will happen and people will begin to distribute there own stuff, sort of what has happened with music.

Finally what is next for you, I read that you had your next five projects all planned out?

Yeah I'm doing something called the Fourth Prophet which I'm really excited about and we are hoping to shoot in the summer but I have to get the script right, which in front of me as we speak. 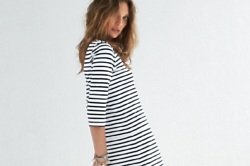 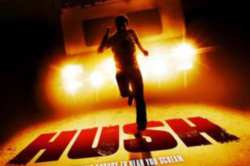