Robert Pattinson returns to the big screen this week with his new movie Cosmopolis, which sees him team up with director David Cronenberg for the very first time.

Pattinson may still be riding high on the colossal success of The Twilight Saga but this is a role that really let's the actor spread his wings and show us what he is all about.

And if you can't wait until tomorrow for your latest Pattinson fix then we have some clips from the movie for you to take a look at:

Cosmopolis comes hot off the heels of roles in the likes of Bel Ami and Water For Elephants as Pattinson begins to make the transition into more adult roles.

The movie is an adaptation of the Don DeLillo novel and Cronenberg has penned the screenplay as well as directed.

Cosmopolis is a day in the life of Eric Packer, a 28-year-old New York stock market multi-millionaire, as he crosses Manhattan in his customized limousine to go for a haircut.

His cross-town journey becomes an almost vertical voyage, with bizarre occurrences and an authentic parade of crazy characters along the way, in a landscape that depicts the modern soul of the West at the end of the millennium

Pattinson leads an all star cast as Juliette Binoche, Samantha Morton, Paul Giamatti and Jay Baruchel are all also set to feature.

But don't fear Twi-hards as Pattinson will return to the role of Edward Cullen at the end of the year as The Twilight Saga comes to a close. 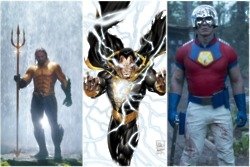 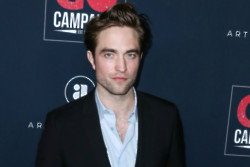