A Royal Affair is an extraordinary true story of aristocratic intrigue and political change. The stunning Danish film is based on events caused by the controversial affair between the English-born Queen of Denmark, Caroline Mathilde and Johan Struensee, the physician appointed to treat King Christian VII’s bouts of madness.

To celebrate the release of Nikolaj Arcel’s A Royal Affair - in cinemas June 15th - and to honour the Queen’s upcoming Diamond Jubilee, here is our ranking of films featuring sovereigns with a story...

Often an overlooked Tudor royal, the story of Lady Jane Grey’s succession to the throne is fraught with drama from the moment King Henry VIII’s death is announced. The expansive British Empire is in chaos due to the uncertainty of a suitable successor and a scheming minister.

Seeing an opportunity to rise in social standing, marries off his son Guildford Dudley to Lady Jane Grey who is then mysteriously placed on the throne. The newlyweds fall in love but Jane’s naivety soon leads to parliamentary conflict and the threat of the guillotine.

In this gritty adaption of William Shakespeare’s celebrated play, the English King embarks on a bloody conquest of France.

Along the way, the young royal must struggle with the sinking morale of his troops and his own internal doubts as the war culminates in the famed Battle of Agincourt.

As rumour, murder and adulterous relationships multiply in the Court; a strange but strong loyalty emerges between the seemingly ill-matched couple.

This film follows the elder brother of Caroline Mathilde, King George III. It marks the distressing story of his descent into insanity and the political back stabbing which resulted from his incapacitation.

Despite being somewhat amusing at times, this is largely a sad tale of 18th century medical practices and an insight into life inside and around the royalty of the time.

Cate Blanchett shines in her portrayal of 'The Virgin Queen' in both Elizabeth and Elizabeth: The Golden Age. The first of the two films tells the tale of Elizabeth’s rise to the throne; the protestant queen finds herself surrounded by advisors, some supportive but some plotting to restore the Catholic line by almost any means.

Still at a relatively young age, Elizabeth learns how to gain the trust of her people and those around her whilst attaining the knowledge that made her expansive reign a revolutionary one.

A heartfelt story documenting the aftermath of Princess Diana’s death in 1997. As the Queen resolutely adheres to years of tradition, a newly voted-in Tony Blair attempts to convince Her Majesty that times have changed and the British public desperately need a response to the tragedy and an act of respect from their sovereign.

Starring Helen Mirren in the titular role that won her an Academy Award, The Queen is a fascinating, if fictional, insight into the goings-on in the modern day Royal Family.

A sumptuous tale of family, romance and betrayal told during the early reign of King Henry VIII. Two beautiful sisters, Anne and Mary Boleyn, driven by their family's blind ambition, compete for the love of the handsome and passionate Henry.

The King’s constantly changing preference in women and his determination to produce an heir leaves the Boleyn family in tragedy and the kingdom in turmoil.

A newly-crowned Queen Victoria stands up against the constant manipulation within her court and the over-protection of her advisers.

She follows her heart into the arms of true love Prince Albert, who helps her change policies that she is passionate about, and gives her the strength to reign successfully during the fast-paced industrial revolution.

After his brother’s scandalous abdication, George ('Bertie') reluctantly assumes the throne. Plagued by a dreaded stammer and considered unfit to be king, Bertie engages the help of an unorthodox speech therapist named Lionel Logue.

Through a set of unexpected techniques, and as a result of an unlikely friendship, Bertie is able to find his voice and boldly lead the country through war.

A Royal Affair transports you to 18th Century Denmark and the marriage between a young British Royal (Caroline Mathilde) and the insane Danish King, Christian VII.

When the unfulfilled Caroline embarks on a forbidden affair with the king’s physician Johan Struensee, their passion for Enlightenment changes the path of Denmark’s history forever and starts a revolution that inspires generations.

A Royal Affair is in cinemas nationwide from June 15th - for more information visit www.lovefilm.com/micro/aroyalaffair 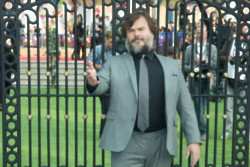