Chef and food writer Letitia Clark talks Ella Walker through her debut cookbook, Bitter Honey – an ode to the cooking of Sardinia.

You'd think getting your hands on a batch of homemade olive oil in Italy would be pretty straightforward. Even in lockdown times. But if you're in Sardinia and want the good stuff, you've got to put the work in, says food writer Letitia Clark. And by 'good stuff' she means olive oil that's passed to you "in an unlabelled petrol container" and is "amazing". The trick, it turns out, is to "know people" and develop a "supply chain of friends who have their own olive groves", she says. Helping out with the harvest boosts your chances too, as does a bit of bartering ("Swap it for wine").

Clark, author of new cookbook Bitter Honey, has lived in Sardinia for almost three years. Born in Devon, her initial plan was to become a writer, but she got to university and realised she spent all her time "procrastinating and cooking, instead of doing my research and working".

After attending Leiths cookery school, followed by stints at restaurants including Spring and The Dock Kitchen (where she picked up an interest in Italian-styles of cooking) and Morito in London, she fell for her then boyfriend's stories of home – Sardinia – a "forgotten pocket of Italy that's really beautiful and wild and undiscovered".

Fed up with city living ("The life of a chef is pretty intense") and as Clark's interests turned more towards home cooking than restaurant food, they relocated. And although they broke up last year, Clark decided to stay put. "I love everything about [Sardinia]," she explains. "I thought it would be sad to leave and lose everything I'd built."

Bitter Honey captures some of her feelings for the Mediterranean island, as well as the dishes and cookery techniques she's discovered living there.

The book's name, she explains, comes from the rare, slightly bitter honey made by bees from Sardinia's strawberry trees, dotted with tiny red pompom berries – and the contradiction appealed. "Sardinia's a bit of a contradiction as well," says Clark. "Life is full of sweet and sour."

Now based in little rented place in the countryside, Clark is hoping to open up a B&B at some point, host cookery workshops and grow her own vegetables. But she is careful to avoid presenting Sardinia in the book as offering an Instagram-worthy "fantasy lifestyle".

"I don't have an insanely perfect life," she points out. "I don't live in an idyll, I wanted to be realistic." So while the book is sun drenched and golden, it has balance.

"Everybody just loves food and sitting down and having a long leisurely lunch with their family," says Clark, "and I think, now more than ever, it's a really good time to enjoy being with people that you love, and spending some quality time together."

The food Clark teases out champions simplicity above all. Take her pasta with butter and cheese recipe, spiked with the earthiness of sage.

"It's the most basic recipe that you've probably been eating your whole life," she explains, unapologetically. "What I love about it is that it's the recipe that teaches you how to make pasta sauce properly.

"When you take out some of the pasta cooking water and you add it to the sauce, it forms this amazing creamy emulsion, without you having to do anything technical or cheffy – it's just a simple trick." It's also the meal she makes herself whenever she's "really tired or had a really bad day, or really hungover!"

Then there's triangles of pecorino roasted with honey and walnuts, ricotta and figs on shards of toasted bread, slow-cooked courgettes with mint, Italian roast chicken, and watermelon granita. Nothing fussy, nothing laborious.

One thing that's particularly striking is the number of dishes that involve deep-frying though, from vegetables (peppers) and herbs (sage leaves) to desserts (seadas – cheese pastry parcels drizzled with honey). "I think every single time I've been to somebody's home for lunch or dinner in Sardinia, I've been given something deep-fried," says Clark. It's interesting when "in England we don't really have a culture of deep-frying our food, unless you go to a chippy, where you get seriously greasy fish and chips – which obviously I love."

The difference in Sardinia is the willingness to regularly deep-fry ingredients at home. "It really surprised me how light a lot of it is," adds Clark. "It doesn't feel fatty or heavy; it's very much a way of actually preserving freshness because the heat of deep-frying means you seal everything in.

"Instantly, you retain flavour. It's a really underrated cooking method, but it does make your house, and your hair, smell…"

Clark has also picked up a taste for mocha pot coffee (although it took a while). "Sardinians will say that's the true coffee, the mocha coffee; but if you have to go to a bar, then you drink an espresso. They say it's less good because it tastes a little bit burnt."

She says she's come around to their way of thinking and makes "a mocha coffee every day" but can occasionally be found sipping an espresso too. "I like the atmosphere of it," she says with a laugh. "I like sitting in a piazza, drinking an espresso, pretending I'm cool enough to be an Italian – when I'm not!" 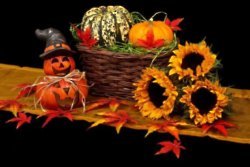 10 Things you can declutter this October 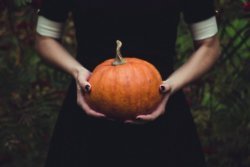 Seven ways to celebrate Halloween as a minimalist 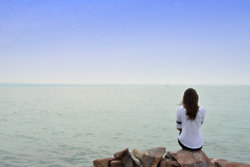