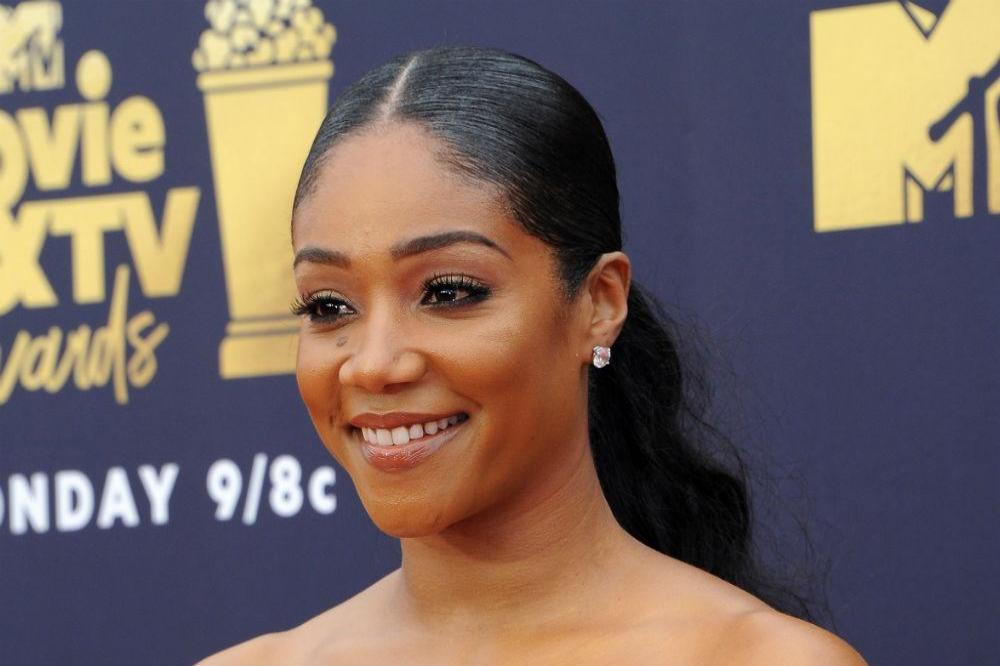 The 'Girls Trip' star made history as the first black female comic to host the awards show, which was filmed on Saturday in California (06.16.18) but broadcast on Monday (06.18.18), and the 28-year-old actress certainly made an impression, with nine outfit changes duringthe event.

The star began the show in a silver strapless gown with a floor-length train and quickly changed into a white Chritian Sirano gown, for a rendition of 'Bodak Yellow' by Cardi B.

Her gown appeared similar to the one the rapper wore at her debut performance on 'Saturday Night Live' in April.

Tiffany then took a more relaxed approach, wearing a dressing gown and slippers while accepting her award for Best Comedic Performance for her role in 'Girls Trip'.

She then paid tribute to 'Breakfast at Tiffany's', by wearing an Audrey Hepburn costume.

The star followed with a white Alexander McQueen gown worth $4,000, a garish green outfit which resembled a pair of curtains, and a white pant suit with silver stilettos.

Tiffany then surprised audiences with an exact replica of Meghan Markle's wedding dress, and ended the show in a sheer green number.

Tiffany said: "When I was 16 years old, my grandma gave me a piece of jewelry with a tiny diamond in it (and when I say tiny I mean put on glasses to see it tiny) and she told me every girl should have a real diamond by the time she is 16.

"Even when I was that young, there was nothing like that feeling of having the real thing, I thought I was a princess with my little diamond. Which makes a night like tonight--when I'm hosting the MTV Movie & TV Awards--that much more special. Because when it comes to expressing what is real -- real moments, real caring, real love, and real emotion, only the real thing will do.

Prince Harry: Having two kids is definitely a juggle