Taylor Schilling's acting career has made "clumps" of her hair fall out because of the numerous times she has to dye her locks for a role.

Taylor Schilling's acting career has made her hair fall out. 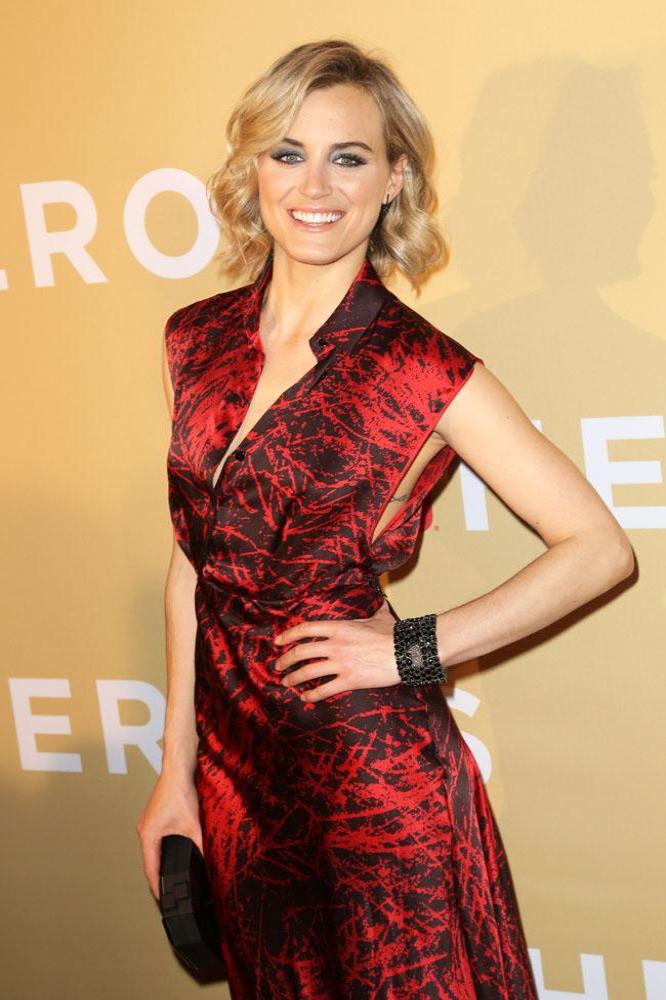 The 31-year-old actress has admitted her busy schedule, which has seen her dye her locks three times for the past three roles in the Netflix series 'Orange is The New Black', 'The Overnight' and 'The Titan', has taken its toll on her tresses, and the star has woken up in alarm to find "clumps" of hair on her pillow.

Speaking to Cosmopolitan magazine about her beauty fear, Taylor - who won the 2013 Satellite Award for Best Actress in a Television Series - Musical or Comedy - said: "What might not make it is my hair.

"[My hair] was a weird colour for 'Orange', then I had to dye it brown for 'Titan' and four days ago they made it platinum [for another film]. I'm waking up with clumps of hair on my pillow."

Despite the beauty blunder Taylor has promised her mane she will never neglect or torture it again.

She quipped: "Just a few more weeks. You can do it. I'll never do this to you again."

And the star is eager to have some down time following a stressful few weeks to repair her hair and mend her disrupted sleep pattern.

She explained: "I can't tell you how many nights in the past week I've been up doing meditation because I can't sleep at all ... I miss rest.

"It's deeply difficult. It's not having a break in between.

"A lot of the time I'm shooting six days a week... but your body catches up with you."

Meanwhile, Taylor has admitted she "prefers" being bare-faced, although her role as prisoner Piper Chapman in the Netflix series sees her adorn more beauty products to give the illusion of being make-up free on set.

Speaking previously, she said: "I think it's very liberating to [play a character who doesn't wear make-up].

"It does take time to get Piper [ready] - it takes far more make-up than you would imagine for me to look like I'm wearing absolutely no make-up.

"But for me, I prefer to be bare as much as possible."