Stella McCartney - the daughter of Beatles legend Sir Paul McCartney - has become the first-ever designer to appear on the cover of US Vogue.

Stella McCartney has become the first designer to appear on the cover of Vogue US. 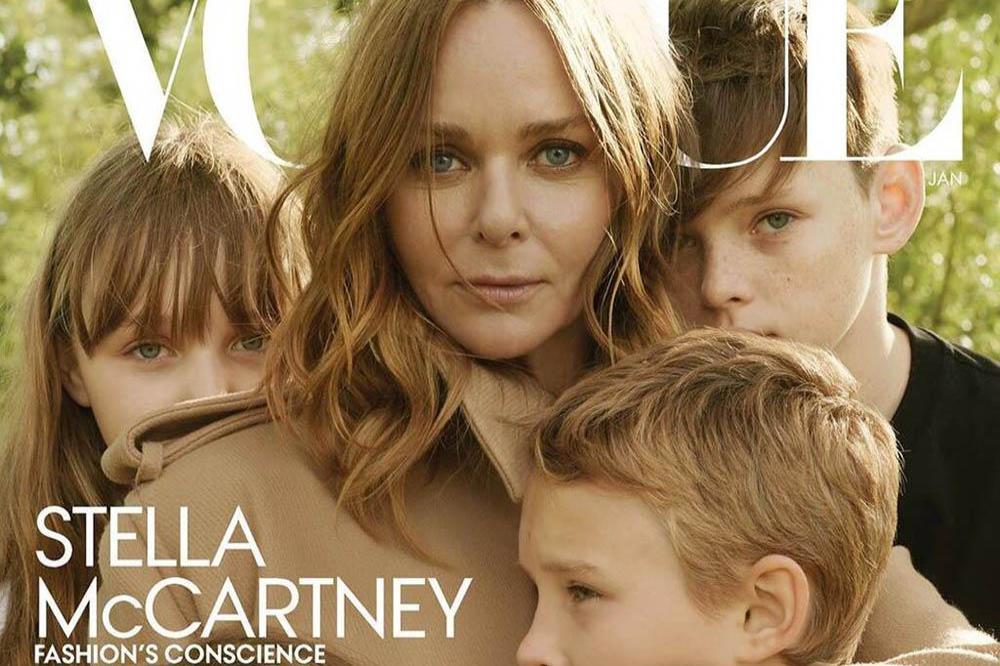 The fashion bible has announced that the January 2020 issue has four different covers and the first one has been unveiled on social media which features British designer Stella and her four children - Miller, 14, Bailey, 12, Beckett, 11, and Reiley, nine.

Stella, 48, shared the historic cover on her own Instagram account and wrote: "2020 here we come! I am so honoured to be the first fashion designer ever on the cover of @VogueMagazine

"I celebrate my incredible team as this is born out of the commitment we have held in our hearts from day one at Stella, caring and trying our best to be mindful in our business to protect Mother Earth and all its creatures. Thank you, American vogue for sending out this loud message that you are on board and that this can be the future of fashion."

For the cover and accompanying shoot, which was photographed by Annie Leibovitz, Stella and her kids - who she has with her husband Alasdhair Willis - are all dressed in clothes from her self-titled label.

In the accompanying interview, Stella spills on what her life is like as a mother and the head of major fashion house, admitting she has to get up "super early" to fit everything in.

Stella - who is the daughter of Beatles legend Sir Paul McCartney - said: "I start at 6:30am, and by the time I get to work [by bicycle], I feel like I'm literally done for the day. I'm a big hot sweaty mess, too.

"It's just so difficult being in fashion, isn't it? We have to pretend to be so perfect. I'm the one that comes in with a punk-rock kind of 'f**k this perfection.' It's not maintainable, it's not wise, and it's very old-fashioned. So there you go.

"When you've got a job and you've got kids it's when you get to see them, and you have to wake up super early and engage in that moment. Then I try and squeeze in some exercise, and then I go to work. And I try and get back for the book-ending of being a mum."