Naomi Campbell has gushed about Christy Turlington in a string of heartfelt birthday messages, which she has posted on her Instagram account.

Naomi Campbell has gushed about Christy Turlington in a string of heartfelt birthday messages. 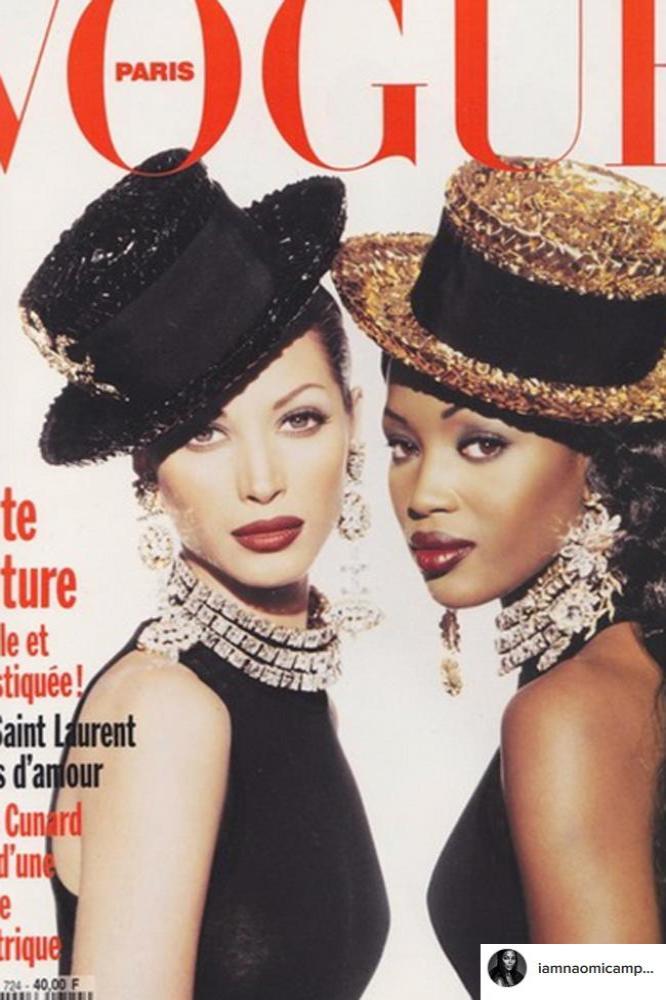 The 46-year-old supermodel - who was recognised as the Trinity alongside Christy and Linda Evangelista - has credited the 48-year-old catwalk icon as an "amazing" parent and wife, and an "incredibly loyal friend" for over three decades in an Instagram post to celebrate the star's birthday on Monday (02.01.17).

Alongside a picture of Naomi and Christy posing together for Vogue magazine cover shoot, which was posted on the 'Empire' actresses Instagram account, it read: "#happybirthday @cturlington #wagon another beautiful year ahead of you . My Turly you inspire me with all you do working with women all over the world . An amazing mother , wife , and the most incredibly loyal friend for past 3 decades.(sic)."

And Naomi has revealed the pair, who were roommates during the early days of their modelling career, "only" stocked their fridge with beer at the time.

Naomi continued: " It seems like yesterday when we were roommates and we only had beer in our fridge . I will always say thank you , to you as what you did for me is very Rare !!! My soul sister , My wagon the most beautiful woman in the world I love you forever #unconditionallove #family #trinity #wagonsforlife #grateful (sic)."

Naomi posted another picture of her with Christy on a shoot, which see the pair draw in close with their nose and lips almost touching.

And Naomi isn't the only fashion muse to pay tribute to Christy on her birthday, as Karlie Kloss has also taken to Instagram to send her well wishes to her "hero" and "super mother".