Frances Bean Cobain felt "flattered" Marc Jacobs handpicked her to be the face of his Spring/Summer 2017 campaign.

Frances Bean Cobain felt "flattered" Marc Jacobs handpicked her to be the face of his Spring/Summer 2017 campaign. 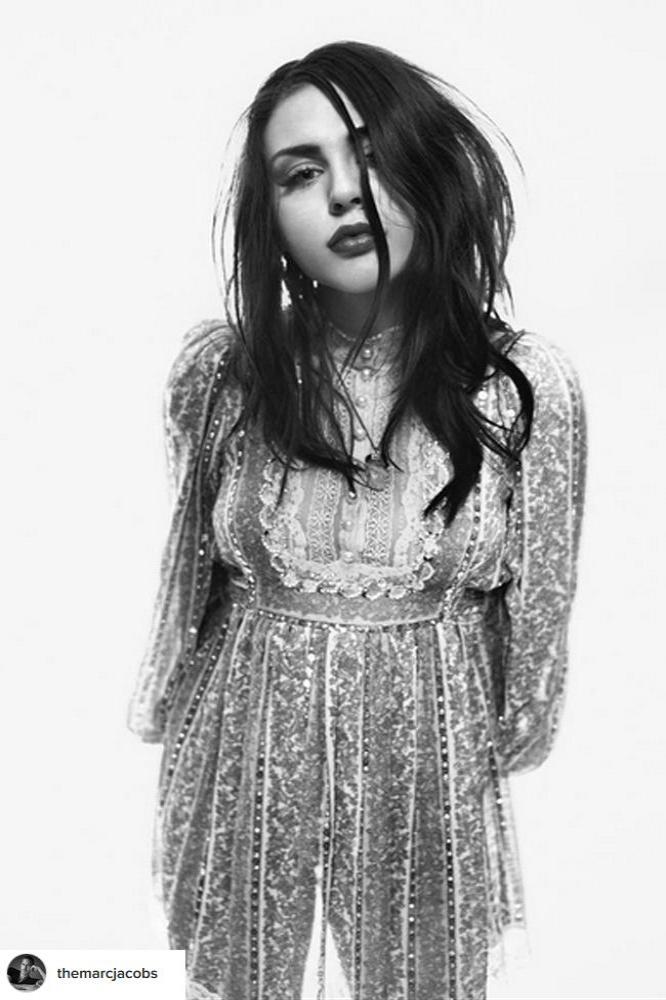 The 24-year-old visual artist - who is the daughter of Courtney Love and the late musician Kurt Cobain - has made her modelling debut in the 53-year-old fashion designer's latest campaign, and although she is honoured she represents the brand she has admitted it was "100 per cent" out of her comfort zone and she doesn't plan on working for any other brand for "a very long time".

Speaking to Vogue.com about her venture, the brunette beauty said: "I don't think I'll be modelling for anybody else for a very long time - this is 100 per cent outside my comfort zone. I wouldn't have done it with anyone other than Marc.

"I don't model unless I think the project is cool, and I don't put my name behind something that I don't genuinely believe in. I thought this collection was great, and I was flattered that Marc thought of me for this. What I said to Marc when I was saying yes was that he's an underdog for the masses. He's still very rebellious within the fashion world, and he's been like that his entire career.

"I could never do [modelling] professionally, but I'm glad I did it with Marc, because I trust him.

"I'm not representing the beautiful top models of the world. I'm representing what a general, standard, average human girl would look like wearing these clothes. I think that's why Marc picked me for this."

And the star has admitted she "don't care very much" about fashion and has a very simple style.

She explained: "I honestly don't care very much. I'm a black jeans, vintage T-shirt, boots girl. That is my daily uniform. I can appreciate fashion without having to let it consume me or [feeling the need] to be part of that world. In my personal life, I'm just lazy about it."

And the creative mastermind has admitted he has "always" wanted to collaborate with Frances because he has known her since she was a tiny tot and would often dine with the 52-year-old musician and actress.

Alongside an image of Frances from the photoshoot, which he shared to his Instagram account, he wrote: "I first met Frances Bean when she was 2 years old at a dinner with her mom (Courtney) and Anna Sui in 1994 at Bar Six in NYC.

I have always wanted to work with Frances. Her beauty, uniqueness, and strength is something I have long admired and respected.

Few things remain as constant as my continued inspiration from those whose honesty, integrity, courage, and curiosity lead them to explore and venture beyond preconceived boundaries.

Photographed by @davidsimsofficial, I am pleased to share the first image of Frances Bean Cobain for our Spring/Summer 2017 campaign. (sic)."