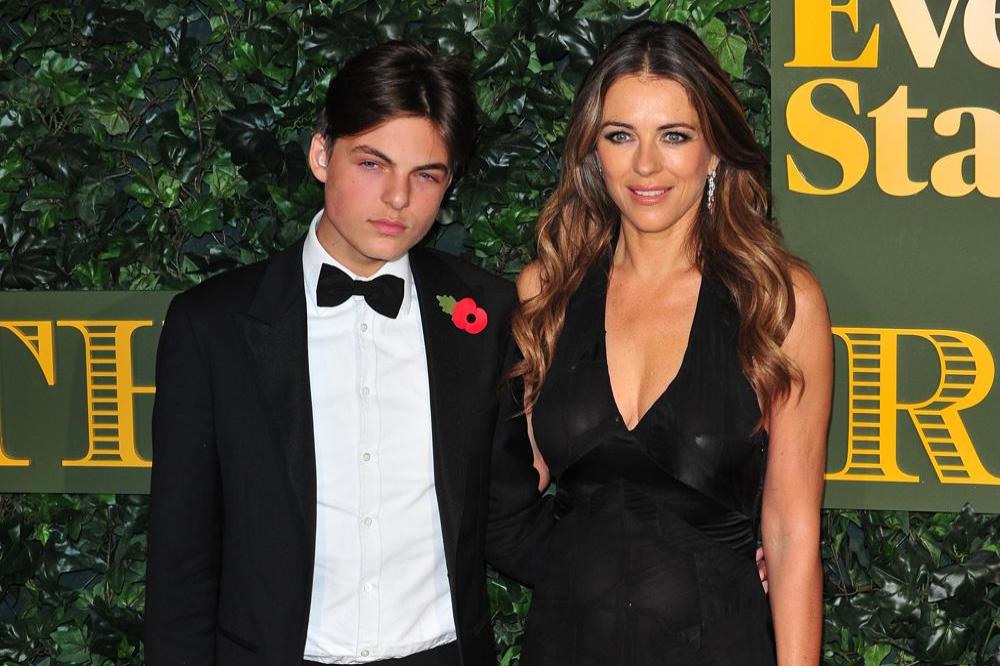 The 53-year-old model-and-actress likes lots of the garments worn by 16-year-old Damian and so recycles them for herself once he grows out of them.

In an interview with You Magazine, she said: "I tend to wear Damian's cast-offs. His 14-15-year-old trackie bottoms fit me perfectly."

Elizabeth and Damian - whose father is American businessman Steve Bing - share a very close bond as she has raised him for many years as a single parent but she insists she is just lucky to have a child whose personality is similar to her own.

She said: "I rather think I've simply been blessed with a child whose personality gels with mine. Friends who have several children always admit, although they love them all equally, inevitably there's one whose personality mirrors their own and they 'get' each other better. It's definitely nature not nurture."

However, 'The Royals' star does admit she does worry about being overbearing, and accepts it's important to change how you treat your child as they get older.

She said: "I do worry sometimes that I'm overbearing. The one thing I didn't realise about being a parent is how you have to adapt your behaviour as they grow. You might treat your son one way for 13 years then, almost overnight, it sounds patronising and bossy."

But Elizabeth does love the idea of her family remaining close to her, and is delighted that her mother, Angela, has moved in with herself and Damian.

She said: "I love the idea of generations living together; I'd be thrilled if Damian were to keep a room here after he leaves home."