Dakota Johnson was delighted to be asked to be the face of Gucci's new Bloom Acqua di Fiori perfume because scents and smells have always played an important role in her life. 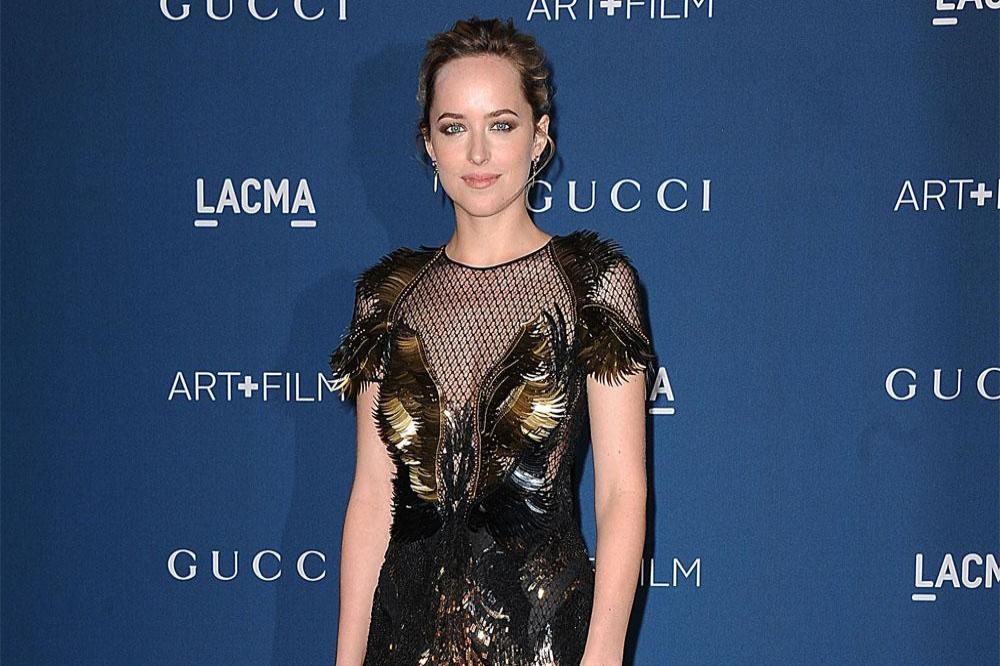 The 28-year-old actress is the face of the new Gucci Bloom Acqua di Fiori perfume, and she appears in the advertising campaign alongside actress Hari Nef and artist Petra Collins.

Dakota - who is dating Coldplay musician Chris Martin - admits she loves to wear fragrances because it gives a person their own alluring "atmosphere".

Speaking to Elle.com, she said: "[The Gucci perfume is like] wearable art. There's something mysterious and otherworldly about perfume, it can really create an atmosphere. And isn't making yourself into an atmosphere such a beautiful thing to do?"

The 'Fifty Shades of Grey' star says scent plays a big role in her life and one of her earliest memories is of when she was three years old and her famous parents, actors Melanie Griffith and Don Johnson, returned home to the Manhattan Plaza Hotel after a party in 1992 because her mother smelled of "snow".

She explained: "She smelled like snow, her perfume, and cigarettes, I remember it like it was yesterday. I guess my olfactory organ is really on point."

Dakota's famous legacy is important to her - her grandmother is Tippi Hedren who starred in Alfred Hitchcock's 'Birds' - and she constantly feels inspired by the women in her family.

She gushed: "I'm very aware that I come from a special family, I'm so lucky to have those two women as my matriarchs. I don't have to look elsewhere for guidance or inspiration."

And Dakota's beauty trick is to moisturise with coconut oil, and she discovered its benefits by accident whilst filming her upcoming horror movie 'Suspiria' when the cold weather left her skin feeling dry.

She said: "We were in an abandoned hotel on top of a mountain. It had 30 telephone poles on the roof, so there was electricity pulsating through the building, and everyone was shocking each other. It was cold as s**t, and so dry. The only thing that helped was dousing myself with oil every night. Now I can't get enough."