What's lurking in your beauty salon?

Waxing is a risk of infection

It doesn't usually cross your mind that beauty salons could actually leave you with something a little nastier than when you first walked in, a nasty infection.

You may be getting ready for the party season, however, some of these visits could end up leading to a doctor's appointment according to experts.

We take a look through the risks and what to do if you notice an infection:

In recent years, fish pedicures have soared in popularity across the world due to its benefits of silky, soft and smooth skin. However, just as quickly as popularity came, health reports were issued over the dangers of the treatment. The health Protection Agency has warned that fish pedicures could spread potentially deadly diseases as well as more common ones. Onychomycosis is a common problem affecting between 3 and 8 out of 100 people in the UK, and the bad news is that it’s notoriously difficult to treat. The most common way that nail fungus is spread in salons is by using utensils that haven't been properly sterilized between appointments.

What to do if you notice an infection:

Common treatment options are oral and topical treatments, however studies have labelled these largely ineffective. A new revolutionary cold laser therapy called Lunula is now available across the UK which has shown quick and effective relief for sufferers. Martine Abrahams, Director of The London Nail Laser Clinic has been extremely impressed with the results seen in her patients, “The results suggest that this new laser treatment is more effective than other laser treatments available in the UK, with the advantage of it being pain free. It also has no side effects, unlike many of the antifungal medications used today. We would certainly recommend it as an alternative or additional approach to the treatment of this common condition.”

Cellulitis is an infection of the skin tissue with the area of skin turning red, painful, swollen and hot. The majority of cases are caused by a type of bacteria called group A streptococcus and develops when bacteria moves down through the skin’s surface through a damaged or broken area of skin. Waxing can pull off tiny pieces of the skin’s outermost layer, creating a portal through which bacteria can enter the body. What’s more, the process creates inflammation which can trap bacteria beneath the skin.

What to do if you notice symptoms:

Cellulitis usually responds well to treatment with antibiotics if it's diagnosed and treated promptly. As a precaution, hospital admission is usually recommended for more severe cases of cellulitis that fail to respond to antibiotic tablets. Visit your Doctor as soon as you suspect an infection.

Though not too common, MRSA is known to spread at nail salons, leading to infections on hands and beneath finger nails. Symptoms usually appear within 24 hours and the infected will experience pain, discomfort and lack of usual mobility in their hands amongst other symptoms. MRSA is particularly dangerous because it is resistant to many antibiotics and it can quickly overwhelm and weaken its victims.

What to do if you notice symptoms:

Although MRSA is resistant to many antibiotics, there are still some that have an effect. Patients will often be treated with an antibiotic administered by infusion or injection in hospital. If MRSA is suspected, medical attention should be sought immediately. 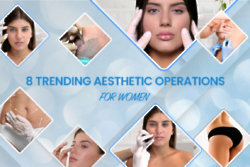 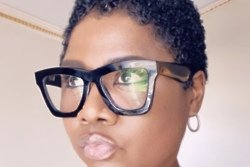