Bodyform are on a mission to break the vulva taboo.

What is it about penises that makes people so tempted to draw them anywhere and everywhere, particularly all over toilet cubicles? Don't get me wrong, I'm certainly up for celebrating the phallic form every now and again; it is, after all, part of the natural cis-male body. But it's a shame we don't see the same number of vulva doodles on bathroom doors.

Were they not slightly more complicated to draw, perhaps there may be. As part of Bodyform's Viva la Vulva campaign, they enlisted Polish artist Oliwia Bober to help spread positivity about female genitalia by painting colourful murals of vulvas on the bathroom stalls of several London venues including the Tara Theatre and the Queen of Hoxton. The campaign is part of the "I'll Say it Again" festival which celebrates female voices through various artforms and runs at the Tara Theatre until June 1st.

It's been shown that exposure to images of ordinary vulvas (that is, ANY vulvas) can have a hugely positive effect on women's self-image, and while we would not suggest drawing them all over the toilet cubicles next time you're at the club (at least not without permission), this campaign of "Tackling the Vulva Taboo - One Cubicle at a Time" has the potential to have such an impact on the way society views female bodies.

If you thought women only worried about the bits that are on show every day, think again. Statistics show that 42% of women are embarrassed by their vulva, and 61% have felt like it should look a particular way. Bodyform want to address this vulva shame by exposing the truth about what vulvas are actually supposed to look like.

"I'm so proud to be involved with the Viva La Vulva campaign with Bodyform and leading the charge for the Bathroom Takeover", says Oliwia Bober. "Art is one of the most powerful tools for self-expression and the more we can raise awareness of the beautiful female form, the more women will feel empowered to celebrate their vulva and combat feelings of shame and embarrassment. This campaign is a fantastic example of Bodyform's mission to help break down the taboos that hold women back."

So why is this important?

The fact is, women en masse have a poor enough relationship with their bodies as it is without worrying about the size of their labia too. Already body image contributes to more than a third of depression and anxiety issues in adults, and it's no secret that the pressure society puts on us to look a certain way massively contributes to the rise in eating disorders such as anorexia and bulimia among adults and teenagers. Given that this year's Mental Health Awareness Week theme is body image, we want to address these issues as much as possible.

When it comes to vulvas, the worry of looking unusual can be enough to put 1 in 3 women off visiting their local practice nurse for their cervical screenings - easy and painless procedures that are vital in catching signs of cancer early. The average nurse who performs the screenings will see around 2,400 vulvas every year, and if you believe us when we say that all vulvas are unique, then you'll have to believe that yours won't come as a surprise to any health worker armed with a speculum.

Meanwhile, labiaplasty - i.e. cosmetic surgeries which aim to "neaten up" the vulva - is the world's fastest-growing cosmetic procedure according to plastic surgeons, which girls as young as 9 reportedly expressing a desire to go under the knife. Because for some reason many women think the "designer vagina" looks more normal than their natural genitalia.

If women were better aware of just how normal their bodies are, they wouldn't feel the need to risk infection, scarring and reduced sensitivity by undergoing such unnecessary operations.

"It is our mission to break down the taboos that hold women back, so naturally we want to help women celebrate and own their bodies", says Bodyform marketing manager Traci Baxter. "With our Bathroom Takeover, taking place at select venues where permissions have been granted, we want to celebrate the female form to ensure every woman feels pride in her body. Without a positive relationship with the most intimate part of our body, we can't have a positive relationship with ourselves." 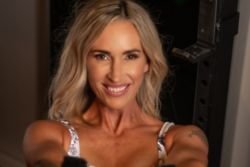 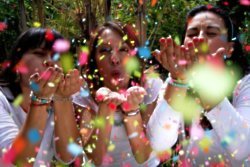